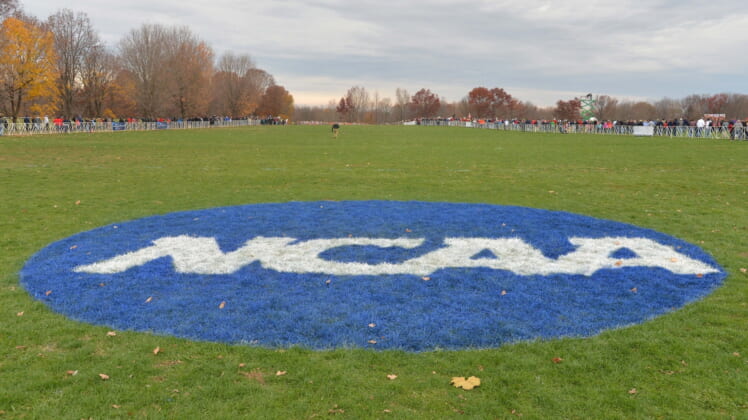 Utah State freshman linebacker Jamaal Evans has been charged with raping a woman who had too much to drink at an off-campus party on June 17 of this year.

According to Pat Reavy of KSL, Evans has been charged with two first-degree felonies — rape and forcible sodomy.

The woman says she began drinking vodka with a friend in the basement before the alleged incident. Then things took a dark turn, according to her statements in the police report.

“The next thing she remembered was waking up in the shower when she struck her head on a metal rack that was hanging over the shower head. (She) stated she heard Jamaal ask her if she ‘was good,'” the report states.

One of her female friends went looking for her at one point, at which time Evans reportedly would not tell her where she was, then told her  to “hold up” and “we good,” the report states.

After a while, the friend heard the shower upstairs and went to find out what happened. She says she found vomit on the floor, on the bed and on Evans’ shirt. When she tried to get into the bathroom, the door was locked.

Evans tried to keep her out of the bathroom but after a while she did get in. When she did, she found her friend “completely nude” and “hunched over and … completely incoherent,” according to the report.

“(The woman) began tearing up and telling her she did not know what was happening.”

Evans himself, when confronted, “described what occurred as ‘when you’re in the moment and you want what you want, you just got to do it sometimes,'” investigators wrote in the report. He allegedly stated that the woman was sober and “he gave that girl what she wanted.”