In conditions that included temperatures in the hight 30’s and winds between 15-20 miles per hour, the Utah Utes decided that the best way to combat the weather was to serve their players hot chocolate and chicken broth on the sideline of their game against the Arizona Wildcats. 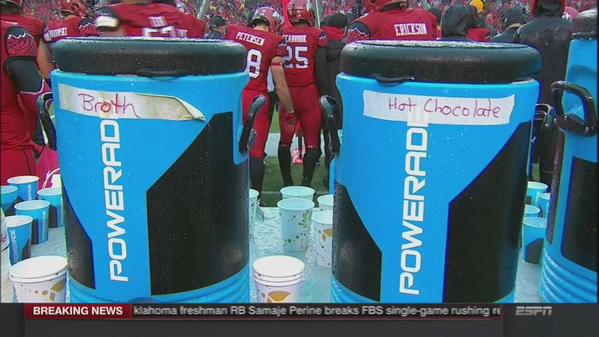 This really is something new. The idea behind hot chocolate during a cold day is to be in your sweats watching television from your sofa. Not playing a football game against a ranked opponent.

Anything to make their guys comfortable, I guess.

Unfortunately, this didn’t do much good. Arizona ended up defeating Utah 42-10.