Utah Jazz star Donovan Mitchell practiced Thursday for the first time since his ankle injury and the two-time All-Star is expecting to play in the team’s playoff opener this weekend.

The top-seeded Jazz on Sunday will host the winner of Friday’s play-in game between Golden State and Memphis.

Mitchell, an All-Star the past two seasons, suffered the injury in Utah’s victory over the Indiana Pacers on April 16. He missed the Jazz’s last 16 games of the regular season.

“Practice was good,” Mitchell said. “I got out there and competed. You could definitely tell it was the first time in four or five weeks, but that’s to be expected. I’m just trying to find ways to get back in a groove.” 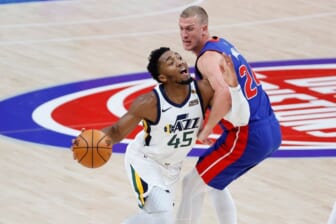