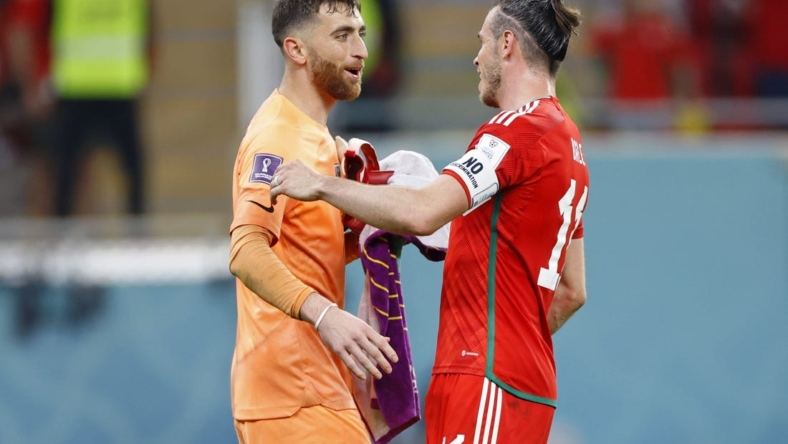 Gareth Bale converted a penalty in the 82nd minute and Wales salvaged a 1-1 draw against the United States in both teams’ Group B opener at the 2022 FIFA World Cup on Monday.

Bale earned the penalty when he received a pass inside the area and used his body to shield himself from the challenge of American defender Walker Zimmerman, who clearly fouled him with his attempt at the ball.

His conversion from the penalty spot, despite diving U.S. goalkeeper Matt Turner getting a palm to the shot, marked his 41st career goal for the Wales national team, in his nation’s first World Cup match since 1958.

Tim Weah scored nine minutes before halftime for the United States, who were dominant in the opening 45 minutes but saw Wales climb back into it in the second half.

Christian Pulisic set up the Americans’ first World Cup goal since they reached the tournament in 2014, after he was one of the players on the field when the Americans failed in their bid to qualify for 2018.

The U.S. had mostly half chances in the opening half-hour but then took the lead in the 36th on one of the best early goals of the tournament.

Pulisic did a lot of the heavy lifting, getting on the ball in midfield and then playing a give and go with Josh Sargent to move forward.

Then he slipped a throughball in to Weah, who ran onto it and slid a low finish past Wayne Hennessee to give the Americans the lead.

Wales grew into the game after halftime, and two dangerous chances on headers in the 65th minute.

Turner saved the first from Ben Davies in open play. Substitute Kieffer Moore’s effort from an ensuing corner sailed over the crossbar with Turner and the American defense beaten.

Wales had few clear chances after that until Zimmerman clattered into Bale, setting up a share of the points as the Americans failed to keep just their third World Cup clean sheet since 1950.