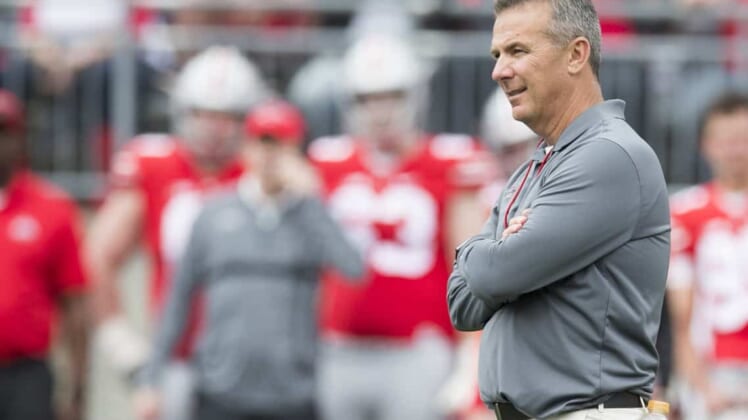 Ohio State head coach Urban Meyer had reason to be upset, but then he went overboard and cost his team 15 yards due to an epic sideline meltdown.

Dwayne Haskins had been hit late, but the refs didn’t call a penalty. Meyer exploded in an extended rant, earning a 15-yard unsportsmanlike conduct penalty.

Here’s some video of his sideline rant.

It’s not the first time we’ve seen Meyer lose it on the sideline this year. And based on how crazy the end of this season is turning out to be, it probably won’t be the last.