Upset Picks for Week 2 of the NFL Season

There were some pretty big upsets in the first week of the NFL season. The Miami Dolphins took care of business against a favored New England Patriots team at home. Meanwhile, the Buffalo Bills surprised a struggling Chicago Bears team at Soldier Field. These were just two of the matchups that went in favor of the underdog in Week 1.

Last week saw us go 2-1 with our upset picks. We correctly picked the Minnesota Vikings and Cincinnati Bengals to win their season openers, while falling flat on our face in believing that Aaron Rodgers and Co. could go into CenturyLink and defeat the Seattle Seahawks.

Here are three potential upsets to look forward to this upcoming weekend. 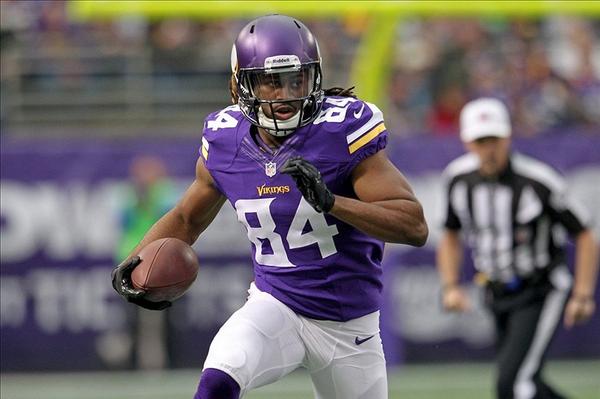 Cordarrelle Patterson and the Vikings may be in for a surprising Week 2 win.

Week 1 does leave an impression. This is no more evident than in a game that many people likely discounted as being a blowout prior to the start of the regular season. New England was terrible in a season-opening loss to the Miami Dolphins. And a lot of the blame should go to Tom Brady, who seemed out of rhythm the entire game. He complated 29-of-56 passes for just 249 yards with a score in the 33-20 loss. Brady was also sacked four times and hit a total of seven times in the game. Meanwhile, Minnesota’s defensive front was downright dominating at times against the St. Louis Rams last week. Getting consistent pressure on Shaun Hill and Austin Davis, the Vikings were able to rack up five sacks and eight quarterback hits.

The more interesting matchup here is Adrian Peterson against a Patriots defense that gave up 191 rushing yards and an average of 5.0 yards per attempt to Miami last week. Peterson may have struggled last week against St. Louis, but there is no reason to believe he’s going to have a hard time against the Patriots. If so, all Matt Cassel will be asked to do against his former team is avoid turnovers and manage the game. I am going for a pretty major upset here, as the Patriots fall to 0-2 to start the season. 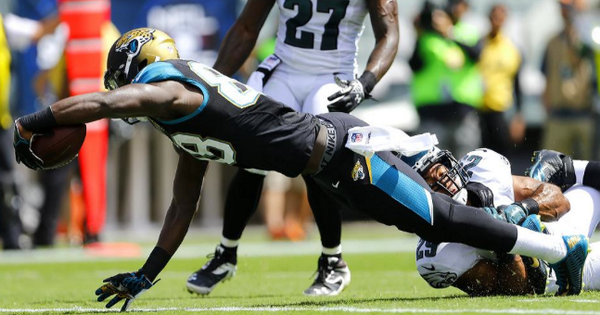 Courtesy of SI.com: Allen Hurns and the Jaguars need a complete performance to gain momentum.

I am not exactly sure what Vegas is thinking here. Washington was simply pathetic against a lowly Houston Texans team, while the Jaguars remained competitive for a good chunk of their game against the Philadelphia Eagles. While this is a matchup that features two teams likely to finish near the cellar in their divisions, Jacksonville has a lot to look forward to with a ton of impressive young players. On the other hand, Washington is attempting to find any sort of identity after dropping its ninth straight game last week.

The matchup that stands out here is Jacksonville’s impressive young wide receiver group going up against a lackluster Redskins secondary. Look at it this way, Texans quarterback Ryan Fitzpatrick completed 12-of-16 passes when targeting receivers against Washington last week. For his part, Chad Henne put up a 114.6 quarterback rating when targeting receivers in Week 1 against Philadelphia. While stopping short of saying that Henne is due for a big game here, it’s readily apparent that Washington’s cornerback play just isn’t up to snuff. 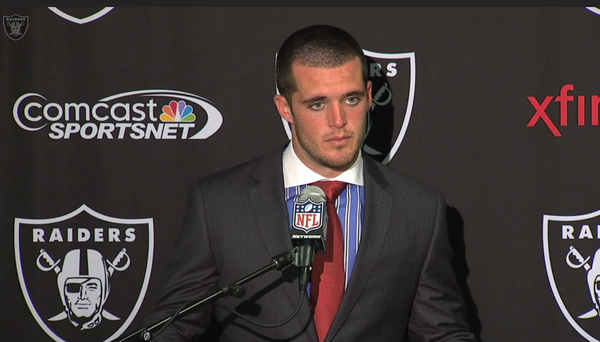 Look for Derek Carr to get his first regular season win on Sunday.

The Texans may very well be riding high after a 17-6 victory over Washington in Week 1, but that’s going to be short lived. This is a team that lacks too much on offense to be considered a consistent threat to win games throughout the course of the season. Sure Arian Foster played well against Washington and will likely eat in Oakland, but how is the Texans pass protection going to hold up against an improved Raiders front seven? Will Fitzpatrick be able to beat up on a Raiders secondary that is much better than the one he was against Washington last week? Those are two big questions at hand here.

Offensively, the Raiders need to let rookie quarterback Derek Carr do his thing. Offensive coordinator Greg Olson must open up the offense a tad moving forward. That’s going to be a deciding factor in this one. If Carr is given a run game behind him, there are going to be opportunities down the field against a lackluster Texans’ secondary. Look for the Raiders to snap a seven-game losing streak while the Texans road losing streak grows to eight.