The 2017 season has been an unpredictable one, offering surprises at every turn. NFL Week 4 is bound to deliver more shocking results.

One franchise we had pegged to tank its season just surprised with a win last weekend, and we’re going out on a limb to predict another victory will be forthcoming. Speaking of winning, there will only be one of winner when the Denver Broncos host the Oakland Raiders. Might the underdog bring home a victory in this matchup? We have reason to believe that will occur.

What happens when the 0-3 San Francisco 49ers hit the road in Week 4? They might just be good enough to upset their heavily-favored opponent.

It is time to take peek at six teams we are putting on upset alert in Week 4.

The Bills stepped it up and pulled off an upset win against the Denver Broncos, handily beating them by 10 points last game. A case could certainly be made for the Bills coming out on top again when they travel to face an undefeated Atlanta squad. The Bills’ defense is a legit threat, allowing an average of only 12.3 points per week through three games. Quarterback Matt Ryan should keep his head on a swivel as he attempts to find purchase against a defense that has yet to permit a passing score.

The Bills are allowing only 3.4 yards per carry to opposing offenses and have given up just two rushing touchdowns. The Falcons will be hard-pressed to put points on the board this Sunday. Defensively, the Falcons have allowed a generous average of 4.8 rushing yards per attempt, which should suit running back LeSean McCoy just fine. The Falcons defense is also allowing an average of 22 points per game and is still missing linebacker Vic Beasley. Don’t count those Bills out just yet. 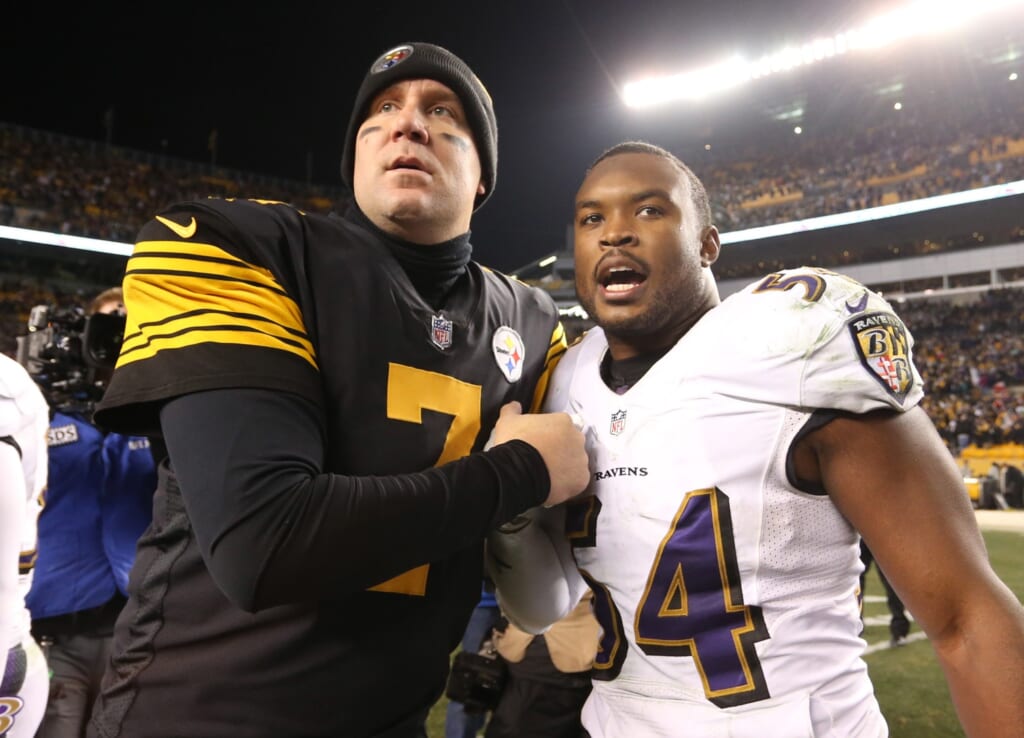 Neither one of these two AFC North teams (2-0) has a solid grip on their division. Both clubs are returning to the field after suffering humiliating losses to heavy underdogs last weekend. The Ravens play host to the Steelers this Sunday, and we predict having home field advantage helps boost Baltimore to a victory.

Defensively, the Ravens need to pressure quarterback Ben Roethlisberger and attack early. Big Ben has been sacked an average of 2.7 times per game in his career against the Ravens. His quarterback rating against Baltimore is a so-so 84.3. Plus, the Ravens have already managed a league-high 10 takeaways throughout three games. Running back Le’Veon Bell could also be challenged to score against a Ravens defense that has only given up one rushing touchdown, though Brandon Williams being out in this one should help him. Overall, this could be a low-scoring game. We’ll go ahead and predict Justin Tucker nails a last-minute field goal to win the game.

The Jets (1-2) just shocked the world with a dominant home victory last week and could be primed to do the same on their own turf again in Week 4. They will look to beat a 2-1 Jacksonville Jaguars squad that shows up some weeks and goes MIA in other games. The Jets just held the Miami Dolphins to one lonely passing touchdown. This game around, they will look to rattle quarterback Blake Bortles’ cage, which is oftentimes an easy task.

If Bortles chokes in the passing department, the Jags will be forced to turn to the run game. But rookie running back Leonard Fournette might not find success either. The Jets allowed only 30 rushing yards in their last game, frustrating the heck out of Jay Ajayi, who tallied only 16 yards on 11 attempts. The key will be for the Jets’ defense to strike quickly and throw Bortles off his game. That plan of attack worked swimmingly well against Jay Cutler and Co. last week.

Both of these AFC West squads will meet in Denver after walking away with their tails between their legs last week. The Broncos are only slightly favored to beat an Oakland Raiders team that was horribly off its game last Sunday evening. The Raiders will attempt to rebound against a Broncos defense that permitted Buffalo Bills quarterback Tyrod Taylor a 126.0 passer rating.

If quarterback Derek Carr and his receivers get back on the same page, they will be primed to challenge Denver’s defense that exposed some weaknesses. Though, the Raiders might be without Michael Crabtree, who did not practice Friday and is dealing with a chest injury.

Trevor Siemian and his offense took a huge step backwards last weekend, too. The Raiders still have the advantage on offense even after last week’s blundering performance. This is why we predict an upset win for Oakland to shake up the division.

This NFC West showdown might just see the 49ers swoop in and manage their first win on the season. The Cardinals are favored but have recently been coming unglued before our very eyes. Quarterback Carson Palmer’s play is off, thanks in part to his offensive line, which has allowed him to take 11 sacks and 27 total hits. This is where the 49ers defense should thrive as it looks to pressure the immobile Palmer. Furthermore, the Cardinals’ anemic rushing offense, managing just 2.8 yards per carry, should be easy to squash.

While the Cards’ offense is deteriorating, the 49ers are finding their rhythm on offense. The unit as a whole started clicking last week in a narrow loss to the Los Angeles Rams. Quarterback Brian Hoyer should continue to find success especially against a secondary featuring a gimpy Patrick Peterson. Even if Carlos Hyde does not play, there is too much going wrong for Arizona to be considered a slam-dunk winner in Week 4.

The Texans, playing on their home field, might prove too challenging for the Tennessee Titans. This is based a lot on the fact that rookie quarterback Deshaun Watson and his team did not roll over and play dead against the New England Patriots at Gillette Stadium last week. The Texans put up a tremendous effort to put pressure on Tom Brady and his crew by dominating the clock (33:38), surpassing the Pats in total yards (417 to 396) and converting more first downs (23 to 20).

If they can deliver another dominating performance, it will force the Titans to scramble. The Texans’ rushing defense also should prove troublesome. It has given up only one rushing score and is allowing just 3.6 yards per tote on average. We don’t envision running back DeMarco Murray waltzing around the field like he did last game against Seattle. If the Texans can keep with their uptempo pace, they could certainly give the Titans fits in Week 4.