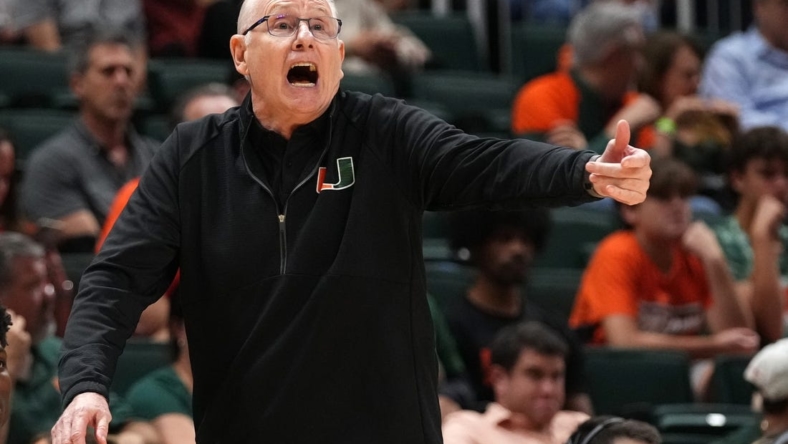 The Hurricanes (3-0) were looking for more of a complete performance after a couple of shaky starts in their first two wins over Lafayette and UNC Greensboro.

After trailing at the half in those previous games, Miami led by as many as 15 points before the break against the Rattlers (0-4).

Miami’s Isaiah Wong did not have a good offensive game (five points on 1-of-7 shooting) but impacted the game in other ways as he finished with seven assists and six rebounds.

Wooga Poplar continued his solid start to the season, scoring 15 points on 7-of-11 shooting, and Bensley Joseph came off Miami’s bench to score 12 points.

The Hurricanes’ frontline dominated the Rattlers inside, outscoring them 50-26 in the paint.

The Hurricanes, who are coming off their first-ever trip to the Elite Eight, showcased their tough defense by turning 22 Florida A&M turnovers into 25 points. Turnovers continued to be an issue for the Rattlers as in their first three games, when they averaged 18.3 per contest.

Florida A&M, which has nine new players on its roster and was back on the East Coast after starting the season with three games in Oregon, was led by Hantz Louis-Jeune and Jordan Chatman, who each scored 12 points. Chatman and Jaylen Bates each pulled down seven rebounds.

The Hurricanes were able to hold the Rattlers’ leading scorer, Jordan Tillmon, to seven points on 3-of-11 shooting.