UFC Rumors: The case for Dillashaw vs. O’Malley 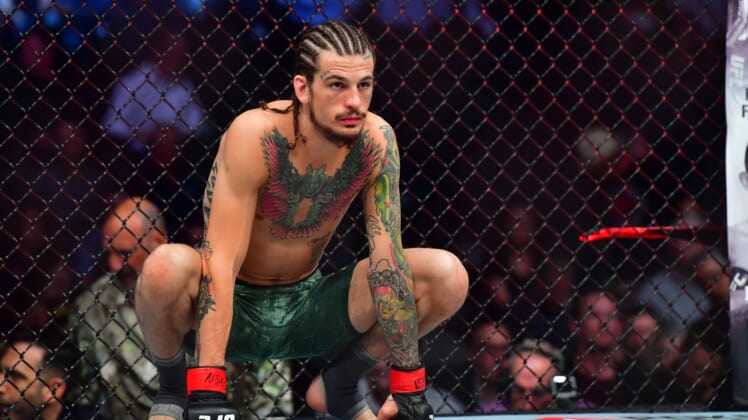 Rising bantamweight prospect Sean “Sugar Show” O’Malley took a lot of heat after his first loss against Marlon Vera at UFC 252. Still riding high from his past highlight finishes, O’Malley couldn’t come to terms with the fact that he indeed lost.

The Sugar Show even went on to say, “Am I undefeated? Yes. Mentally, I’m undefeated. I felt superior in there until my foot gave out,” via MMA Fighting.

Many viewers of the fight would also point out that O’Malley’s foot giving out was due to a kick provided by his opponent. Fans and fellow fighters alike didn’t take kindly to O’Malley’s unwillingness to accept the loss, dubbing him “Salty Show.”

It’s fair to say O’Malley botched the aftermath of his first loss, and it doesn’t help that it happened when the spotlight was brightest. There is one fight that could reverse all of that, if of course, O’Malley gains the victory. Welcoming back former two-time UFC bantamweight champion T.J. Dillashaw to the octagon.

Now before you ask, “Sugar Show” lost. Why give him this opportunity? The fight makes sense for both O’Malley and Dillashaw. It would truly be a match of atonement for both fighters. They both would be fighting to reverse past misjudgments.

Dillashaw fell from grace back in 2019 after a first-round TKO loss against Henry Cejudo at UFC Fight Night 143. If that wasn’t bad enough, it was then revealed he was using banned performance enhancing substances, which led to his suspension from the sport for two years. That two-year suspension is almost up.

This is the fight to make

Both Dillashaw and O’Malley have something to prove coming into their next fight. If they were to meet inside the octagon, it would surely draw a massive audience, and provide one fighter with a chance of redemption.

Dillashaw, 17-4, needs to come back and showcase utter dominance in order to make a statement. Taking out O’Malley in such a fashion would certainly do just that. The same goes for O’Malley. If he were able to stop the returning former two-time champ, it would prove his original argument that his first loss was truly a fluke.

This matchup is the best chance of atonement these fighters have. Winning this fight would wash away the sins of the past and provide the victor with open opportunities for 2021.