Winners and losers from UFC 253 at Yas Island 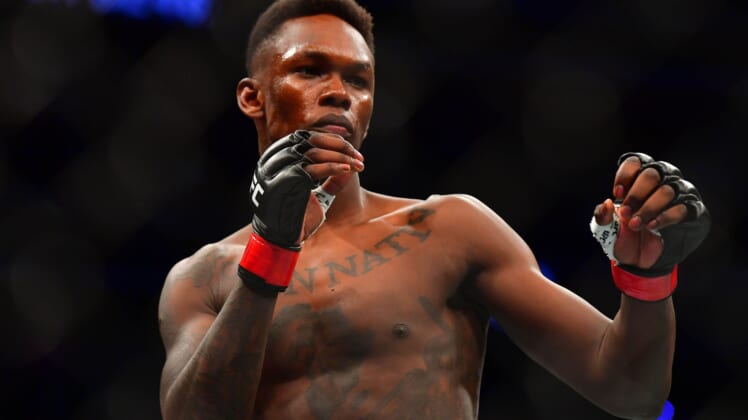 What an epic Saturday evening at Fight Island as the MMA world took to Abu Dhabi for UFC 253. Things really got going with the co-main event after Jan Blachowicz shockingly knocked out Dominick Reyes for the light heavyweight title.

However, it was the main bout between two undefeated contenders in that of Israel Adesanya and Paulo Costa for the middleweight belt that had everyone talking.

Earlier in the night, we saw Shane Young come up extremely small while Hakeem Dawodu made a major statement in his bout against Zubaira Tukhugov.

These are among the biggest winners and losers from UFC 253 Saturday evening.

At 19-0 in his career heading into Saturday’s championship bout against Paulo Costa, Adesanya was seen as a major favorite to retain his middleweight title. As we tuned into watch the final bout at Fight Island, it became clear that this Nigerian was on a whole different level than his opponent.

As you can see, Adesanya ended up taking out Costa via a brutal knockout in Round 2 to move to 20-0 in his career and 9-0 in the UFC. There’s legitimately no one in the middleweight division that stands a chance against this 31-year-old champ. Perhaps, Robert Whittaker will give it a go.

A perfect 5-0 in the UFC. Three consecutive wins against well-known opponents in that of Johny Hendricks, Uriah Hall and Yoel Romero. Everything seemed set up well for Costa to earn the middleweight title against another undefeated fighter in that of Israel Adesanya.

Sadly for the Brazilian, that never even came close to happening. Adesanya dominated from the time the fight started up until his Round 2 knockout of Costa. One loss is not going to define this dude’s career. That’s especially true after what we saw in his previous three fights. Even then, this was a brutal loss.

It was a half-decade ago that this Poland native lost four of five fights and was seemingly headed nowhere in his UFC career. Boy, how things have changed for Blachowicz. Taking on a better-known and heavily favored Dominick Reyes for the vacant light heavyweight title Saturday evening, the 37-year-old veteran absolutely dominated his opponent.

By virtue of this stunning knockout, Blachowicz is now the undisputed light heavyweight champion after Jon Jones vacated the belt. This comes nearly six years to the month after Jan made his UFC debut. He could now very well be looking at taking on top contender Thiago Santos depending on what happens next month. What a huge win.

Loser: Shane Young comes up small in return to the Octagon

Young was looking to further add to his resume in the featherweight division against the lesser known Ludovit Klein. Despite having won each of his previous two bouts, Young looked pretty tense early in the bout. The underdog could have also been a bit rusty after having not taken to the Octagon since February of 2019. The backdrop here was Klein being a late replacement for Nate Landwehr, who was scratched due to a positive COVID-19 test. As note above, things did not go swimmingly for the 27-year-old Young.

As you can see, Young was knocked out within the first 80 seconds of Round 1 via a combination of a head kick and jabs. It was a downright disastrous performance on the biggest stage of Young’s career. And it has us wondering where the New Zealand native goes from here.

This 29-year-old Canada native was not having the antics of his opponent, Zubaira Tukhugov, during the first bout of the main card at Fight Island. Dawodu was actually given a warning by referee Kevin Sataki for cussing at Tukhugov throughout the fight. Already 4-1 in his UFC career with four consecutive victories to his name, Dawodu also let his fighting do the talking.

En route to earning a split-decision victory, Dawodu landed 34 more significant strikes than Tukhugov. That was pretty much the difference as he earned a split decision win (28-29, 30-27, 29-28). One now has to wonder whether Dawodu will find himself ranked in the featherweight division. He’s now 12-1-1 in his professional career.

“Don’t Blink” entered the Octagon against Brandon Royval Saturday evening as a -225 favorite to take the bout and continue ascending the flyweight rankings. Royval had other ideas, and it led to one of the most-shocking results of the evening at Fight Island.

Kara-France found himself submitted in Round 2 via a guillotine choke. Those on hand for the fight were thrown for a loop. After all, Kara-France was coming off a big win over Tyson Nam in his previous bout and ranked seventh in the division. He was hoping to be taken seriously as a contender. That might no longer be the case.

This 29-year-old Brazilian entered Saturday night’s bout against American Sijara Eubanks having posted a 10-1 career record. Unfortunately that one loss came in her last fight against Irene Aldana during UFC 245 last December. This dropped Vieira to seventh in the bantamweight division. She needed to pick it up if there was ever going to be a chance that the veteran would be on the radar of current champ Amanda Nunes.

That’s exactly what Vieira did in winning via unanimous decision over the 13th-ranked Eubanks. She ultimately landed 21 more strikes and took Eubanks down to the mat two times compared to zero. That was enough for the judges to give Vieira the win at Yas Island.

Reyes, 30, had a prime opportunity to earn the light heavyweight title against Jan Blachowicz Saturday evening. He was a major favorite to rebound after losing to Jon Jones back in February, before Jones vacated the belt. A win here would have told us a lot about Reyes moving forward. Unfortunately, he just wasn’t up to the task.

Even before knocking Reyes out in Round 2, Blachowicz landed twice as many significant strikes. He was more prepared. He was on a different level than the better-known Reyes. In the end, a loss here hurts Reyes big time. He’s no longer looking at championship contention in the division with Thiago Santos and Glover Teixeira being more relevant.

Winner: William Knight comes out on top in UFC debut

The first prelim of Saturday evening included this light-heavyweight fighter making his UFC debut as an underdog against Aleksa Camur, who was coming off a strong win over Justin Ledet in UFC 246. Shockingly, Knight was able to land 21 more significant strikes than his opponent to come away with a unanimous decision win.

Knight, 32, had taken out Cody Brundage in Dana White’s Contender Series earlier in September. He’s been on the radar of the powers that be for some time now. Saturday’s brilliant win over Camur only adds to this.

More than a decade removed from fighting for a title, the 38-year-old Sanchez entered Saturday’s bout against the lesser-known Jake Matthews as a major underdog. This comes on the heels of some chatter relating to Sanchez potentially going up against Conor McGregor. That can now be thrown out the window.

Sanchez was absolutely brutalized throughout his three-round prelim bout in UFC 253 at Fight Island. That included Matthews landing three times more significant strikes and bloodying up his opponent. It was hard to watch someone of Sanchez’s ilk struggle at this level.