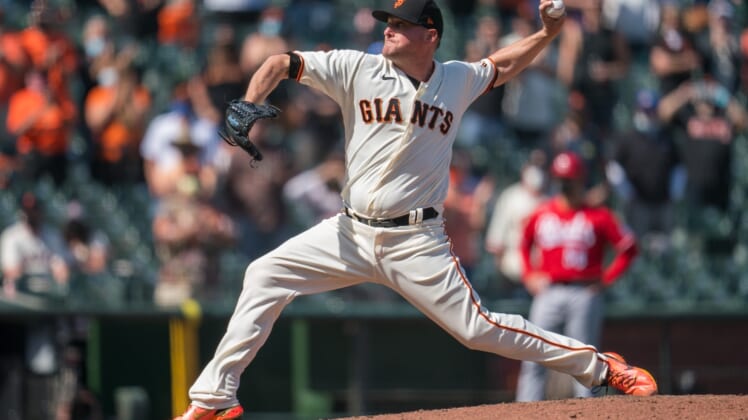 The San Francisco Giants placed closer Jake McGee and starter Logan Webb on the injured list Sunday after both experienced aftereffects from their second vaccine doses.

Both pitchers are on the COVID-19 injury list, which does not have a minimum duration. The team said it hopes they “will be back to normal in the next day or two,” according to the San Francisco Chronicle.

After eight straight scoreless appearances to open the season, McGee allowed two runs on four hits in a blown save on Saturday as the visiting Giants fell 7-6 in 10 innings to the Miami Marlins.

McGee, 34, leads the majors with six saves and has a 2.16 ERA in nine appearances this season, the left-hander’s first year with the Giants and 12th season in the big leagues.