Two arrested after flying drone over Michigan Stadium during opener 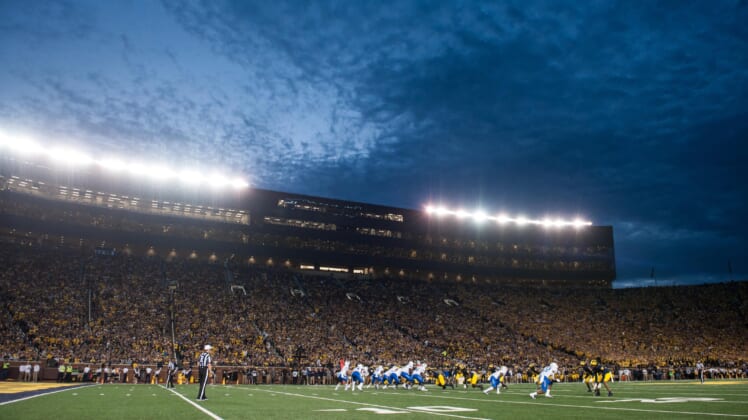 Whether it was liquid courage or something else, two people have been arrested for flying a drone over Michigan Stadium during the Wolverines’ season opener against Middle Tennessee State on Saturday.

The unnamed perpetrators were tracked down by season-ticket holder, Richard Sheridan, who was merely glancing up at the sky during the game.

“We made contact with the drone pilots that night and made two arrests,” University Deputy Chief of Police Melissa Overton said, via The Detroit News. “There’s a lot to it. We’re going to continue following up on all our leads and do everything we can do.”

Conspiracy theories are going to be abound here. Did some Ohio State fans fly the drones over the game as a way to duplicate the New England Patriots Spygate scandal of yesteryear?

Alas, that’s unlikely to be. What a story it would have made.