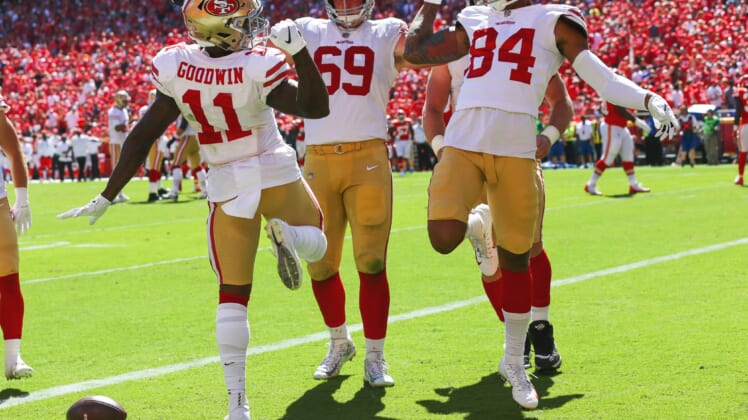 The first half of Monday’s game between the San Francisco 49ers and Green Bay Packers belonged to San Francisco receiver Marquise Goodwin.

Goodwin already had one long touchdown pass in the first quarter (watch here). In the second, he added another long score.

Twitter went nuts over his dominating half of football.

Goodwin breakout game. The world doesn’t know how good he can be.

It's good to have Marquise Goodwin back. Speed kills.

It’s certainly been a coming out party for the speedy receiver.