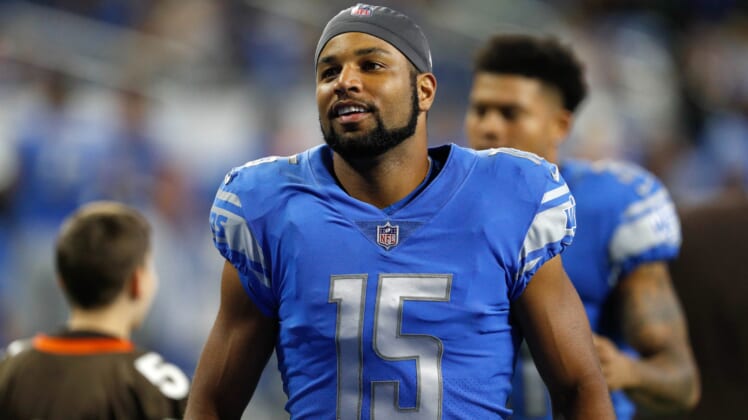 With the NFL trade deadline quickly coming to a close, there has been quite the flurry of movement going on around the league.

In particular, two wide receiver trades — Golden Tate to the Philadelphia Eagles and Demaryius Thomas to the Houston Texans — have sparked quite the earthquake of reactions on Twitter.

Starting with a tweet from Tate himself, read and enjoy!

It’s been real DETROIT! I’ll love ya forever. Philly Philly let’s get it!!

#Texans lost Fuller but get a gift from the #Broncos. Demaryius Thomas has been traded! #nfltradedeadline #FantasyFootball pic.twitter.com/1zwpHVmdzk

A few quickees on #Broncos trade …

1. It’s now Courtland Sutton’s time, albeit a half-season earlier than expected. Has made plenty of wow plays. Now they’ll get to see him run a total route tree instead of being just a downfield guy.

@FFHitman @TheFFBallers @andyholloway @jasonffl Traded Mark Ingram and Doug Baldwin a couple weeks ago for OBJ and Courtland Sutton. Also have Marvin Jones on my roster. This trade deadline got me like: pic.twitter.com/VaTxPpNZUd

Matthew Stafford is going to miss Golden Tate A LOT more than he ever missed Calvin Johnson. He no longer has a guy he's confident will win over the middle until Theo Riddick returns. This signals a white flag but the actual damage to the team will be dramatic.

@DezBryant all these moves at WR and no one trying to make a real chess move by acquiring you?

I would just like to take this time to remind everyone the Cowboys traded a FIRST for Amari Cooper. Yup, that’s the Jones family for you. https://t.co/yNOUVQ5UGE

@DemaryiusT ima cry in the car… ?

Let’s roll my man! Excited to compete with ya! #flyeaglesfly @ShowtimeTate https://t.co/Cy1pARU7HZ