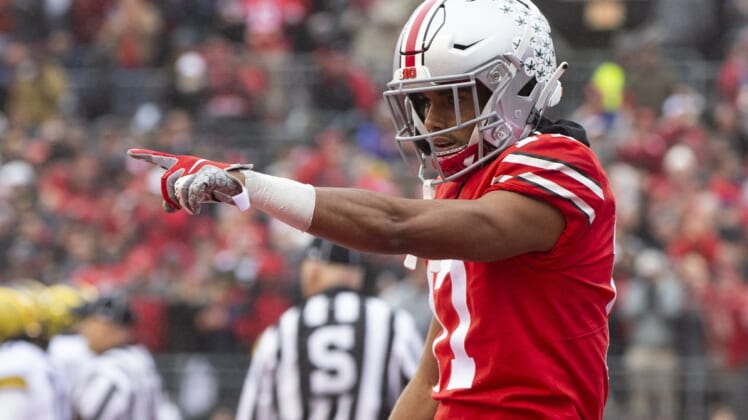 Already with two huge touchdown receptions (including the first score of the game), Olave came up huge again in the third quarter. He came in on a perfectly timed blocked punt, which led to a score for the Buckeyes.

What’s crazy about all this is that Olave was relatively unknown before Saturday’s game. On the season, he had just five catches for 70 yards an no touchdowns.

This is how legends are born.

Olave’s huge game sparked some serious buzz on social media. Here are some of the best Tweets we saw about his monster performance.

Chris Olave, the freshman from San Marcos, might be elected governor of Ohio right about now.

Olave is the best player in Ohio State history. I do not care if he's never been seen before.

Olave. That is all. pic.twitter.com/iVEWJ402HS

Funny enough, Olave could have been playing for Michigan in this game if he had made a different decision earlier in the year.

Here’s the story from January when Olave explained why he picked Ohio State over USC, UCLA and Utah (story says he was offered by Michigan as well). https://t.co/lmiPEUJWyp