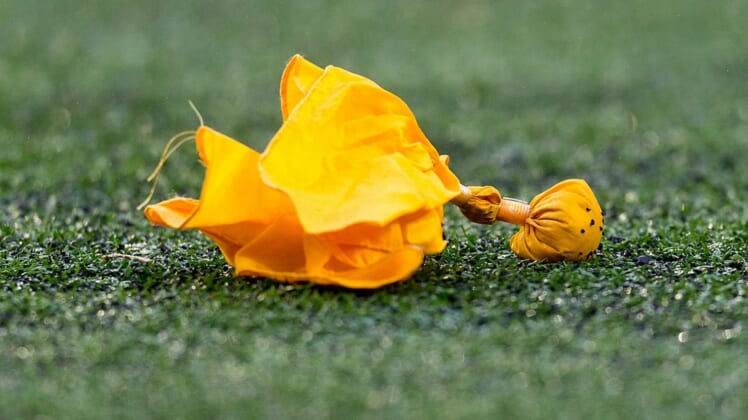 In the first quarter of the Big 12 Championship Game between Texas and Oklahoma, the refs made a very strange decision that had everyone scratching their heads.

Kyler Murray threw into the end zone and had his pass intercepted. Only, Texas was hit with a personal foul facemask penalty that occurred before the throw was made, erasing the play completely.

After announcing the penalty, the lead official then called for a review of the interception, which technically never occurred. Needless to say, Sooners head coach Lincoln Riley was very confused on the sideline, as were fans watching all over the nation.

What the hell are they reviewing????

"After review, the ruling on the field is green. Touchdown Seahawks"

So Big 12 refs are like this all the time, huh?

Kris Boyd was mad at Big 12 refs 45 seconds before it was cool pic.twitter.com/NADHBtxtW8

Did the Big 12 borrow the Pac-12 officials for that review?

In the end, Oklahoma settled for a field goal after failing to punch it in a few plays later.