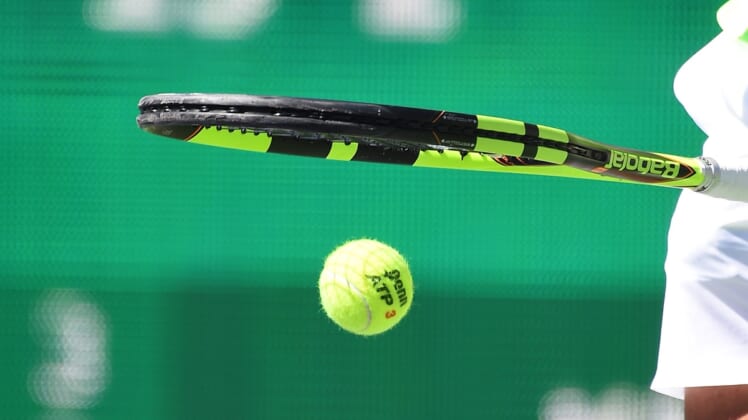 During Thursday’s match against the great Roger Federer, Benoit Paire had an extended series of meltdowns in which he kept throwing his racket on the ground.

At one point in the second set, he threw it down repeatedly and actually had the thing bounce back up and hit him in the face.

Overall, he was just throwing fits that any toddler could relate to. And in the process, he was amusing many (and annoying others) who were watching from home.

if anyone wants to watch a full fledged meltdown, there is one incoming for Benoit Paire against Federer. He is smashing his racket almost every time something goes wrong ???

Paire is fun to watch. But let get less racket hits. Almost broke his nose

This Paire guy will injure himself in this game. He has slammed his racket so many times and he just hit his face with it. Needs to calm down

Hahaha, Paire throws his racket, and it bounces right back into his face. #USOpen #Federer #Paire

Can anyone explain why @benoitpaire is allowed to keep throwing his racket down @usopen ? Serves him right for it bouncing back to hit him in the face. He doesn’t deserve to win this. Like spoilt child having tantrum. Pathetic.