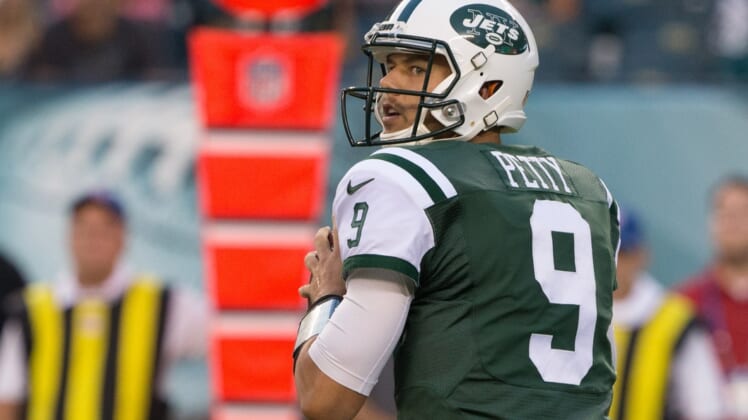 Week 17 is not off to a good start for New York Jets quarterback Bryce Petty. As he was taking the field against the New England Patriots, Petty struggled to a rather basic element of the game. He couldn’t get his helmet on.

Inspiring start for Bryce Petty and the Jets pic.twitter.com/3t9LvfGCxb

Twitter was there to have some fun at Petty’s expense.

Bryce Petty just tried to put on his helmet with his beanie still on! High IQ. Exactly what you want in a franchise QB.

Reminder that Christian Hackenberg not starting for the Jets today is a remarkable admission of failure. A second-round pick who can't start for two years over Bryce Petty?

It might not work out for Bryce Petty tbh. pic.twitter.com/WxO7sdPQlN

Finally, Petty drew a comparison that no quarterback wants.

What's worse, Brock Osweiler not finding his helmet or Bryce Petty not knowing how to put on his helmet? https://t.co/zBmBtReWKA

Perhaps, Bill Belichick’s mind games against the Jets are working.