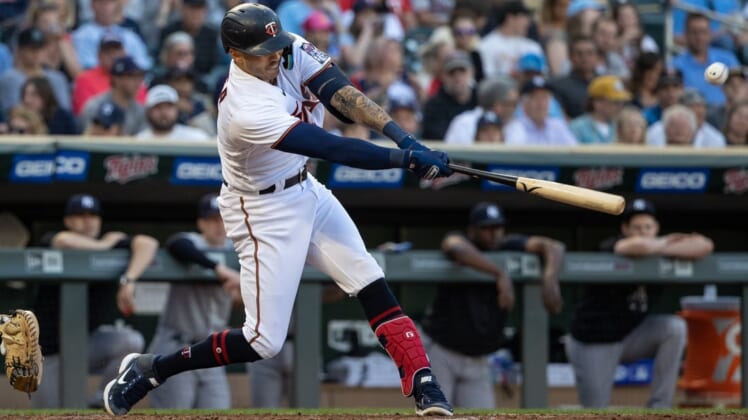 Ryan Jeffers and Byron Buxton hit solo homers in the fifth inning off Nestor Cortes to end an impressive streak by the New York left-hander as the host Minnesota Twins defeated the Yankees 8-1 on Wednesday night.

Jeffers gave the Twins a 3-1 lead when he ended his 0-for-21 slide by sending a 2-2 cutter into the third deck in left field. Buxton ended Cortes’ outing when he lifted a 1-1 slider over the center-field fence for his 13th homer to make it 4-1.

Urshela, who was thrown out in the fourth trying to score on a single by Max Kepler, doubled and scored on a groundout by Kepler in the sixth.

Pinch hitter Trevor Larnach chipped in an RBI double in the sixth off Clarke Schmidt.

Cortes (5-2) allowed four runs and seven hits in 4 1/3 innings, matching his second-shortest start of the season. He allowed more than three runs for the first time since Aug. 10 in Kansas City, falling one shy of the team record set by Russ Ford from Aug. 9, 1910 to May 27, 1911.

Cortes retired the first nine hitters, but his night ended with his ERA climbing from what was an MLB-best 1.50 to 1.96.

Minnesota’s Chris Archer (1-2) pitched five innings, allowing a run in the fourth and two hits, also in the fourth. The run scored on DJ LeMahieu’s sacrifice fly in the fourth. Archer struck out two and worked around four walks to record his first victory since Sept. 4.

Griffin Jax followed Archer with two scoreless innings. Emilio Pagan and Caleb Thielbar finished up with an inning apiece, each striking out two.

The Yankees absorbed their most lopsided loss of the season and were held to four hits.

Before Minnesota gradually pulled away, New York loaded the bases, but Archer ended the inning when Gleyber Torres hit into a double play.