Even as speculation continues that the Dolphins could engineer a deal for disgruntled Houston Texans quarterback Deshaun Watson before Tuesday's trade deadline, Miami coach Brian Flores said Friday he isn't planning on anyone other than Tua Tagovailoa playing QB this season.

Flores also committed to Tagovailoa as the starter for the remainder of the season, "barring injury," he said.

Tagovailoa is coming off of a four-touchdown game in a 30-28 loss to the Atlanta Falcons. And conversations with Flores apparently have put his mind at ease about his job security with the Dolphins (1-6), who are on the road this Sunday against the Buffalo Bills (4-2). 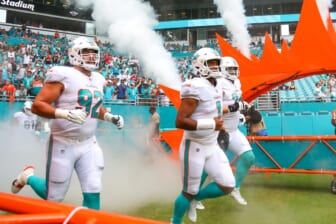 "I have utmost confidence and trust I am the quarterback of this team," the 23-year-old said Wednesday. "Off conversations I've had with Flo, those will stay private, I feel very confident I'm the person."

The Dolphins selected Tagovailoa with the No. 5 overall pick in the 2020 NFL Draft. In 13 career starts, including four this season, he has a 7-6 record. He missed three games earlier this season because of fractured ribs.

On the season, he has completed 69.5 percent of his passes for 835 yards, with seven touchdowns and four interceptions.

As of Wednesday, Watson reportedly had approved a deal to the Dolphins, but no other teams. His status with the league is unclear amid active criminal and league investigations into allegations of sexual assault and misconduct by 22 women who've also filed civil lawsuits.

Watson led the NFL with 4,823 passing yards in 2020 and has a four-year, $156 million contract through 2025. Any team making a trade for him not only must navigate the uncertainty of his legal and league standing, but absorb a deal with a $35 million base salary in 2022. 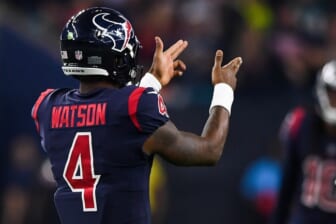