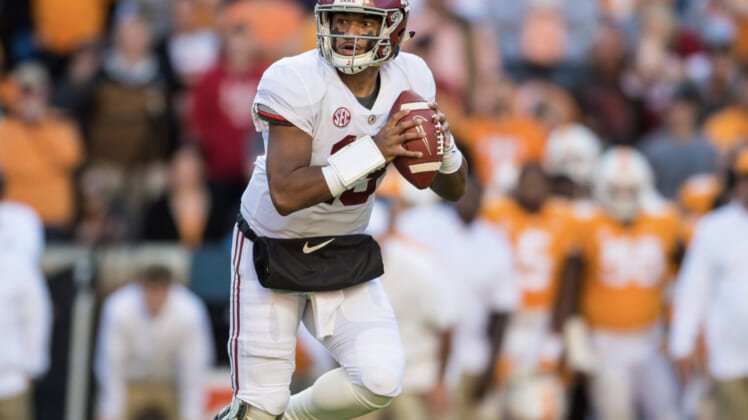 Tua Tagovailoa watch is in full effect as the 2018 Orange Bowl draws near, and the Alabama quarterback is inching closer to full strength.

Aaron Suttles of The Athletic notes Tagovailoa shared an update concerning his injured left ankle on a 0-100 scale.

Moving from the “80-85 percent” range to 100 within three days will be tough. Tagovailoa probably won’t be his normal self Saturday night against Oklahoma.

But slightly less than elite is still very, very good.

Tagovailoa holds a clear advantage on an Oklahoma defense that has allowed 8.2 yards per attempt and 24 touchdowns with only six interceptions. Alabama will also put a heavy emphasis on the running game anyway.

Nevertheless, it’s safe to say Tagovailoa’s ankle will be in the spotlight before and during the College Football Playoff semifinal.