The NFL is a business, first and foremost. Not surprisingly there are some sticky contract situations to be worked out soon between teams and top players.

While it would never be safe to say negotiations are easy, some contract negotiations are certainly easier than others. Among the most difficult include the Super Bowl MVP, two New York Jets and a couple of young quarterbacks.

The following players find themselves in varying degrees of satisfaction with their current situation, but all are involved in the trickiest NFL contract negotiations with a month until training camp begins.

Miller is threatening to sit out the season if he doesn’t get the deal he wants. He’s made it clear he has no intention of signing his $14.2 million franchise offer, though it remains to be seen if he’s bluffing or not.

Standing between Miller and the Broncos is the matter of how much he gets up front and how much of the contract is fully-guaranteed money.

He has already turned down a reported six-year deal worth $114 million with $58 million guaranteed (for injury). He’s looking to go bigger than the $63 fully guaranteed that Fletcher Cox received from the Philadelphia Eagles. This is something that may not be amenable to the Broncos, who have in the past reportedly said they do not want to make him the highest-paid NFL defender.

Then there is the matter of Miller intentionally cropping John Elway out of a recent Instagram photo — a sign of the potentially contentious relationship between the two men right now.

Quite honestly, the contracts that Olivier Vernon, Cox and others have signed this offseason have put Denver — a cap-strapped team — in a very tricky spot. Miller’s impact on the game makes him one of the most valuable defenders in the league, surely. He has racked up 60 sacks and 17 forced fumbles in his first five season and even missed eight games in the process.

July 15 is the deadline for Miller to either sign his franchise or prove he isn’t bluffing. This is going to get interesting.

With Fitzpatrick, the Jets certainly have a chance to make the playoffs in 2016. He is great is offensive coordinator Chan Gailey’s system — a system he knows from his time in Buffalo. He also has tremendous rapport with his two big receivers, Brandon Marshall and Eric Decker.

Without him, the Jets might be an 8-8 team, despite featuring one of the top defenses in the NFL.

Fitzpatrick knows this, the Jets know this and everyone else knows it, too. Despite the positive reports we’re hearing about how great Geno Smith is, there is no way the Jets are going to be as good with him than they’d be with Fitzpatrick.

But despite knowing this, the Jets are not willing to pay Fitzpatrick like a franchise passer. The latest reports on this subject indicated the deal that’s been on the table for months is a three-year contract worth $12 million in 2016 (guaranteed) with $6 million each in 2017-18.

Fitzpatrick would reportedly rather sit out the season before signing the contract or sign with another team out of spite.

The $12 million isn’t close to top money. It’s pretty much elite backup money, as Nick Foles could tell you (even though he’s nowhere near elite). Fitzpatrick feels slighted, and it’s easy to understand why. 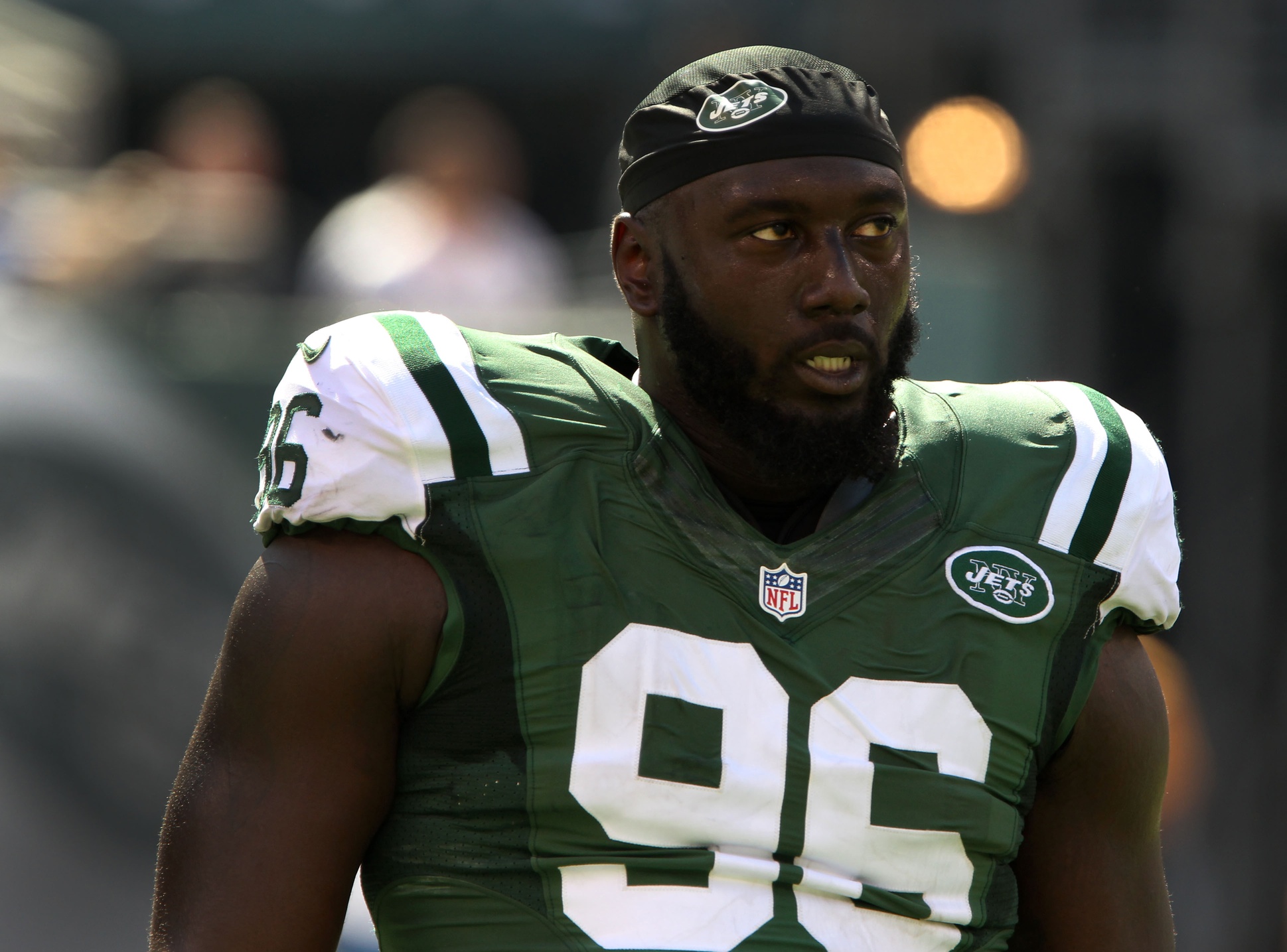 While he hasn’t yet resorted to Miller-esque tactics, Wilkerson might be even more frustrated with the Jets than Miller is with the Broncos. He hasn’t said he will sit out of training camp without a new deal but hasn’t yet signed his franchise tag either.

“I feel like I deserve a new deal, but I understand it’s a business,” he said, via Rich Cimini of ESPN.com. “My focus right now is rehabbing the leg and getting ready. I’m surprised, frustrated, but what can I do? What can I say?”

Wilkerson has felt like he deserves a new deal since before last season. He’s on a level with Fletcher Cox and Aaron Donald as one of the NFL’s premier defensive linemen and wants to be paid like one. There were trade rumors swirling around draft time centered around Wilkerson, though nothing came of them.

The reason the Jets are not budging right now is that the franchise is already in cap hell, and there are other young players on the roster — two at the same position as Wilkerson — who will need long-term contracts soon (also there’s the whole Fitzpatrick situation).

In the end, we should expect Wilkerson to sign his $15.7 million franchise tender, which would make him the third-highest-paid defensive end in 2016. Then he’d likely become a free agent in 2017 and would be one of the biggest fish on the market, provided he has another season like he did in 2015 when he recorded 12 sacks.

Colts owner Jim Irsay has been talking about giving Luck a huge contract for months now, but we’re a month away from training camp and still nothing doing.

And he’s coming off a disastrous season in which he missed nine games due to injury and admitted he didn’t play well even when he was healthy.

Now, the NFL’s salary cap is rising significantly, jumping up to $155 million this season ($12 million jump). But this is a significant and historic contract being negotiated between the Colts and Luck. He’s currently set to play out the final year of his rookie deal, which is worth $16.15 million, but it will be surprising if a deal doesn’t get done before the season.

That said, there are a lot of details to be ironed out, like how much he gets up front and how much is fully guaranteed. 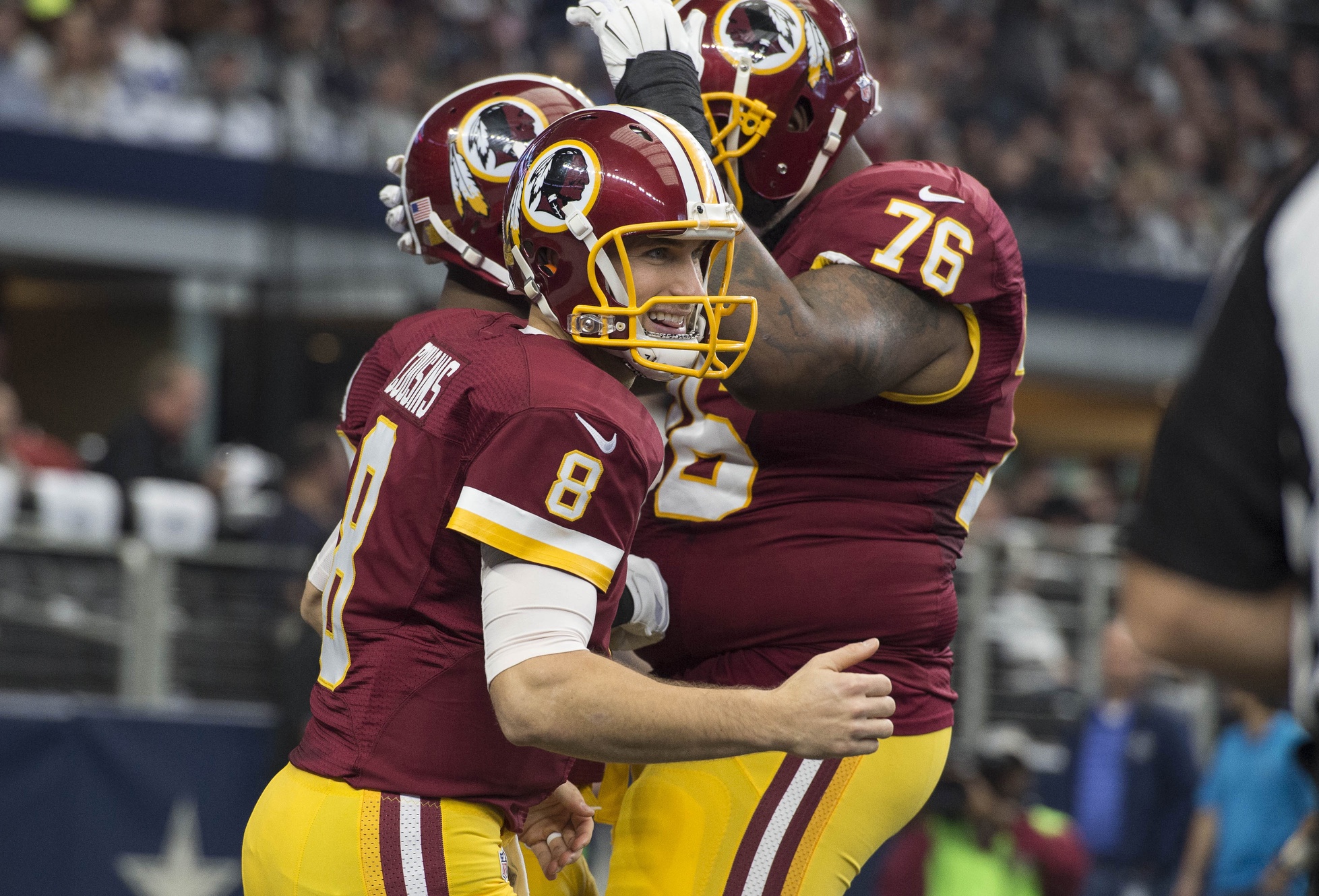 Thankfully, Cousins and Washington are both going to be okay if no long-term deal gets done this year. Cousins is going to be paid just under $20 million on the franchise tag, should no deal get done, while the franchise would have the benefit of seeing if his 2015 campaign was an aberration or a sign of things to come.

Still, one wonders, if Cousins builds on the second half, which was stellar, will Washington look back and wish it had come to an agreement this offseason instead of waiting?

Now, Washington wouldn’t make the same puzzling mistake as Carolina did with Norman, but given the way quarterback contracts are rising (see Luck, above), they might be better off making a deal now, rather than after the 2016 season.

Unfortunately, the latest word on this situation is that contract talks are “going nowhere,” per Albert Breer of MMQB.