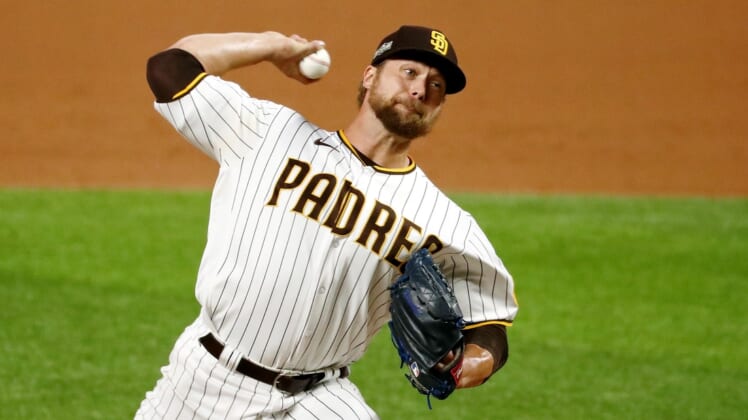 The Athletics have yet to announce the deal for Rosenthal, who would replace the departed Liam Hendriks as the closer in Oakland. Hendriks signed a four-year, $54 million deal with the Chicago White Sox last month.

Also on Thursday, ESPN reported first baseman Mitch Moreland agreed to a one-year deal for $2.25 million with the Athletics.

Rosenthal, 30, split last season with the Kansas City Royals and San Diego Padres. He recorded a 3.29 ERA and notched seven saves in as many opportunities for the Royals before winning his lone decision and collecting four saves with the Padres.

Rosenthal saved 45 games for the Cardinals in 2014 and followed up with a career-high 48 the following season when he was an All-Star.

Hendriks, 32, emerged as the closer for the Athletics in 2019, when he saved 25 games in 32 opportunities and posted a 1.80 ERA. The Australian was a first-time All-Star that season.

Hendriks followed that up with 14 saves in 15 chances in 2020, a season reduced to 60 games because of the COVID-19 pandemic. He dropped his ERA to 1.78, and he tied for ninth in American League Cy Young Award voting and tied for 13th in AL Most Valuable Player voting.

Moreland, 35, split last season with the Boston Red Sox and Padres. He batted .328 with eight homers and 21 RBIs with the Red Sox before being traded in August to San Diego, with which he hit .203 with two homers and eight RBIs.