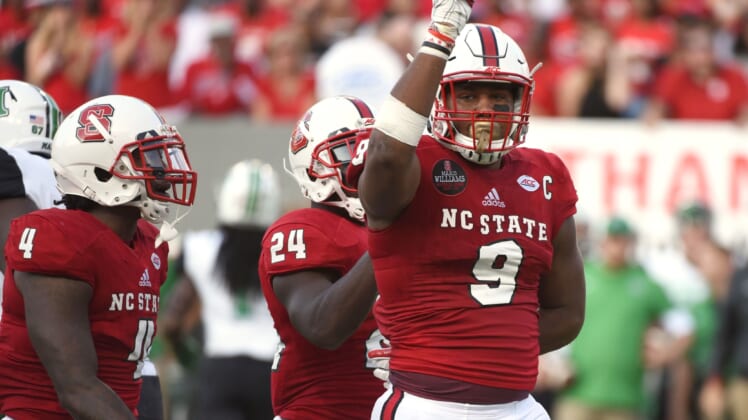 NC State defensive end Bradley Chubb is a player many NFL scouts are drooling over heading into the 2018 NFL Draft, and he showed toughness Saturday that will only cause further adoration. During the third quarter on the road against Pitt, Chubb suffered what looked to be a finger dislocation, and a nasty one at that.

Bradley Chubb's gruesome finger injury–hopefully just a dislocation; expected to come back in the game pic.twitter.com/ihGqZewoGQ

Incredibly, he got his finger popped back into place, got it taped up and came back into the game.

Heading into Saturday’s game, Chubb had already racked up 6.5 sacks, 35 tackles and 13 tackles for a loss this year. He’s setting himself up as a potential top-10 draft pick next April, and his ability to play through pain will only further up his value.

Now, if he can just learn a bit of discipline (aka: not doing stuff like this) he’s going places.