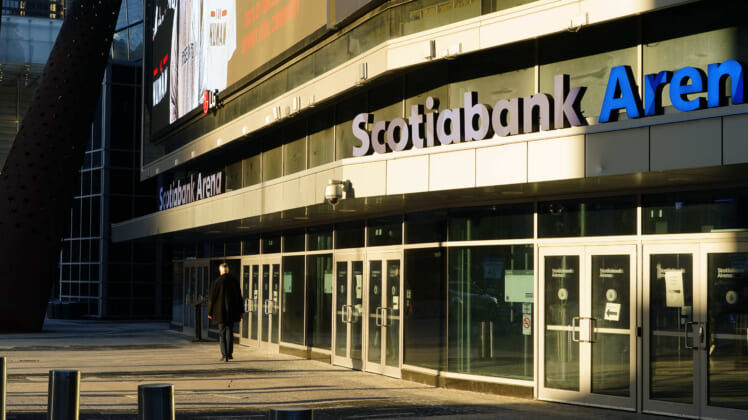 UPDATE: After a delay, play has resumed, though without fans in the stands. To those who were evacuated from Scotiabank Arena during the fire, the Toronto Raptors say ticket refunds will be available.

More importantly, despite the fire, no one was hurt.

There’s been an uptick in stadium fires lately. First Empower Field at Mile High, the home of the Denver Broncos started on fire Thursday. Two days later, Scotiabank Arena, host of the Toronto Raptors has also caught on fire.

Unlike the fire in Colorado, this one happened while a game is in progress, with the Indiana Pacers visiting Toronto on Saturday night. Raptors officials had to clear a section of the stands where fans were sitting watching the game for safety reasons, before evacuating nearly everyone in attendance.

Although the game was initially still underway, it has now been suspended, which could mean anything. It could be resumed later tonight, or moved to a later date, depending on how they can diffuse the situation.

Firefighters are now attending to the fire, which seems to have started by some in-arena speakers, causing the shutdown of the PA system.

We’ll keep you updated on the ongoing situation in Toronto as they figure out their plans for the rest of the basketball game. As it stands, the Raptors had a 28-point lead over the Pacers with 4:05 remaining in the second quarter. It’s unknown how the game would be handled if it had to be made up at a later date.