Fire breaks out at Empower Field at Mile High 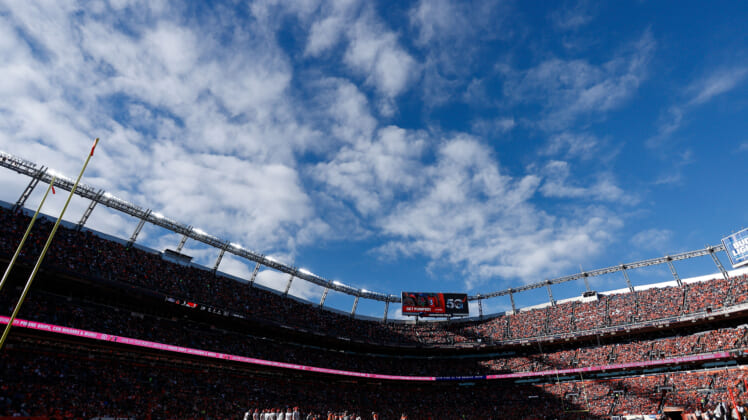 We already knew the AFC West would spark an interest for football fans around the world heading into the 2022 season, but nobody could have anticipated Empower Field at Mile High to literally start on fire.

On the bright side, the fire has since been put out, but there is still a live feed where you can keep up with the current happenings in Denver. Thankfully the portion of the stadium that caught on fire was quickly evacuated and no injuries have been reported.

As Rod Mackey tells it, there are firefighters currently outside the facility, working to defuse the situation completely. He also notes the fire appears to have emanated from the northeast corner of the stadium, where some suites are located. But there is no word on the cause of the fire at this time.

Here is some video of the event.

No one is certain on how the fire broke out to begin with, but the Denver Fire Department is on the scene. So far, it has impacted the suite and third-level of seating within the stadium.

Marc Sallinger reports at least 1,000 square feet of the stadium was damaged, including dozens of seats. The in-house sprinkler system didn’t have enough range to put out the fire, which led to as many as 75 firefighters responding to the scene.

This is a developing story. We’ll keep you updated as more information leaks out.

Currently, only the Denver Broncos play at Empower Field, which opened in 2001.

In the past the stadium has had several names, including Invesco Field, Sports Authority Field, and Broncos Stadium.

It’s an unfortunate scenario for everyone involved. Hopefully, everyone is ok in the meantime as the firefighters continue their efforts.