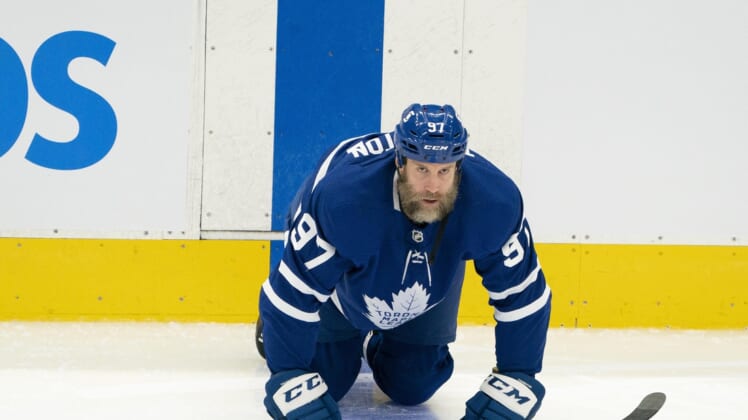 Thornton, 41, left in the third period of Wednesday’s 3-1 loss to the Oilers after a collision with Josh Archibald.

Thornton has one goal and one assist in five games this season, raising his 23-year career totals to 1,511 points (421 goals and 1,090 assists) in 1,641 games with the Boston Bruins, San Jose Sharks and Maple Leafs.

The Ontario native signed a one-year, $700,000 contract with Toronto in September.

Matthews, who did not practice on Thursday, scored the Leafs’ lone goal in Wednesday’s defeat. He has five points (two goals, three assists) in five games.