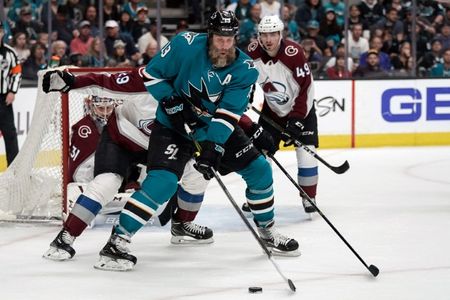 The transaction comes one day after Thornton announced he was joining HC Davos of the Swiss National League. The 41-year-old Ontario native will compete with HC Davos before joining the Maple League in their preparations for the 2020-21 season, which is targeted to begin on Jan. 1.

“I’ve been watching this, all the ‘buzz’, the questions about what’s going to happen to me,” Thornton told Tages-Anzeiger, a Swiss German-language newspaper on Thursday. “The desire to continue playing (in the NHL) is there. I will be able to prepare myself well for it here in Switzerland.”

Thornton recorded 31 points (seven goals, 24 assists) in 70 games this past season with the San Jose Sharks.

Thornton is the NHL’s active leader in assists and points. He ranks seventh overall in assists, ninth in games and 14th in points in NHL history.

Thornton began his NHL career with the Bruins before being traded to the Sharks for Marco Sturm, Wayne Primeau and Brad Stuart on Nov. 30, 2005.

Thornton captured an Olympic gold medal for Canada at the 2010 Vancouver Games. He also was part of two championship teams in the World Cup of Hockey (2004, 2016).