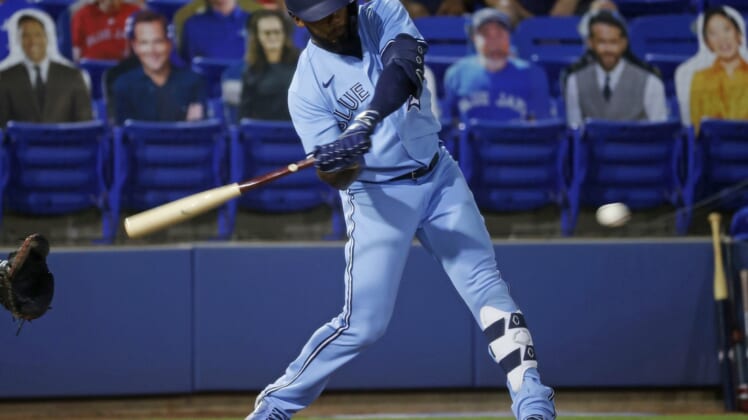 Left-hander Hyun Jin Ryu struck out seven in seven innings and the Toronto Blue Jays had a season-best 18 hits in an 8-0 victory over the visiting Boston Red Sox on Tuesday night in Dunedin, Fla.

Ryu (4-2) held the Red Sox to four hits in winning his third straight start, the past two with seven-inning outings.

Every starter in the Toronto lineup had at least one hit, with three each from Teoscar Hernandez, Vladimir Guerrero Jr. and Lourdes Gurriel Jr. Randal Grichuk added a two-run homer.

Boston left-hander Eduardo Rodriguez (5-2) allowed five runs on 11 hits and one walk in five innings. He struck out six.

Toronto scored in the second inning as Grichuk led off with a double, took third on Cavan Biggio’s single and scored on Danny Jansen’s single.

Ryu pitched around a double and an infield single in the fourth.

The Blue Jays took a 4-0 lead in the fourth. Gurriel led off with a double and Jansen walked with two outs. Marcus Semien singled to right to score Gurriel, and Jansen came around to score on Hunter Renfroe’s error on his throw to third. Bo Bichette hit an RBI double.

Hernandez, who threw out Renfroe trying for a double on a hit to right field in the top of the fifth, led off the bottom of the fifth with a double. Gurriel brought him home with a single to increase the lead to 5-0.

Matt Andriese allowed a run in the sixth. The right-hander walked Bichette with two out and Guerrero and Hernandez singled.

Travis Bergen allowed a walk and an infield single in the eighth before Tyler Chatwood replaced him with two outs.

Grichuk hit his seventh homer of the season, against Andriese in the bottom of the eighth.

The Red Sox activated center fielder Kike Hernandez (hamstring) from the injured list and he was 1-for-4.

The Blue Jays activated right-hander Rafael Dolis (calf) from the injured list and he pitched around an error and a walk with three strikeouts in the ninth.