Omer Yurtseven of the Turkish Basketball League is expected to choose between scholarship offers from Syracuse, North Carolina State and Utah in the not-so-distant future.

The 17-year-old prodigy just added yet another stunning accomplishment to what is already a tremendous resume.

Yurtseven, who plays for Fenerbahce, scored a ridiculous 91 points on 34-of-49 while grabbing an astounding 28 rebounds.

It largely went unnoticed during the fall, but some of you may remember Yurtseven’s performance against the Brooklyn Nets in an exhibition game last October. Then just 16 years old, he scored eight points and seven rebounds in just 15 minutes.

Folks, that’s utterly absurd for someone his age.

Yurtseven, a native of Istanbul, will definitely be someone to watch as he gets his college basketball career going here soon. Based on his elite-level skill set, it also wouldn’t be surprising to see this teenager eventually land in the NBA.

Here’s his shot chart from the game: 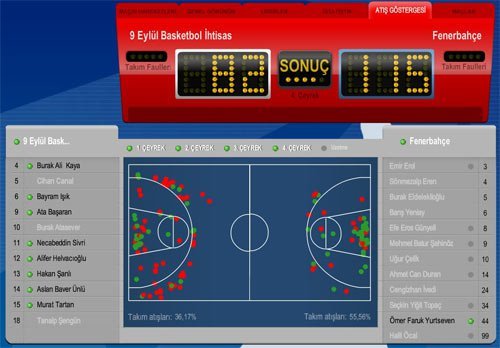 As we noted above, absolutely absurd.