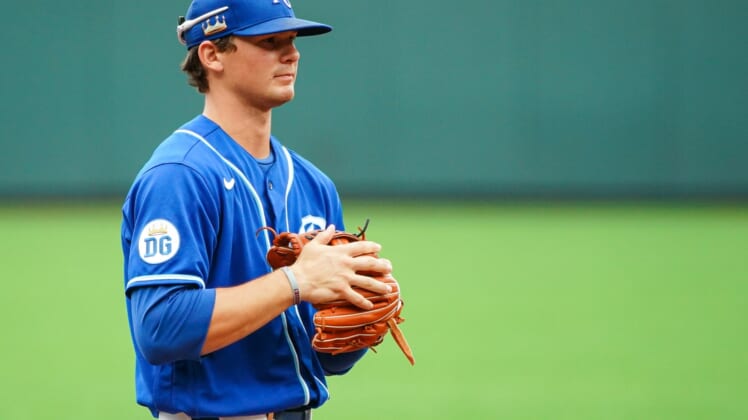 Drafted second overall by the Royals in 2019, the 21-year-old Witt will make his MLB debut when Kansas City hosts the Cleveland Guardians on Thursday afternoon.

Witt, whose father by the same name pitched for 16 seasons with seven teams from 1986-2001, was batting .406 with three homers and eight RBIs through 12 games this spring.

Witt was called into manager Mike Matheny’s office on Tuesday morning and found teammates Whit Merrifield, Andrew Benintendi and Salvador Perez waiting for him, with Merrifield videotaping the moment he got the news.

“That’s when I knew something was up,” Witt said, per MLB.com. “It was awesome. I can’t put words to the feeling. Tears came to my eyes.”