Top matchups for Week 1 of the NFL season 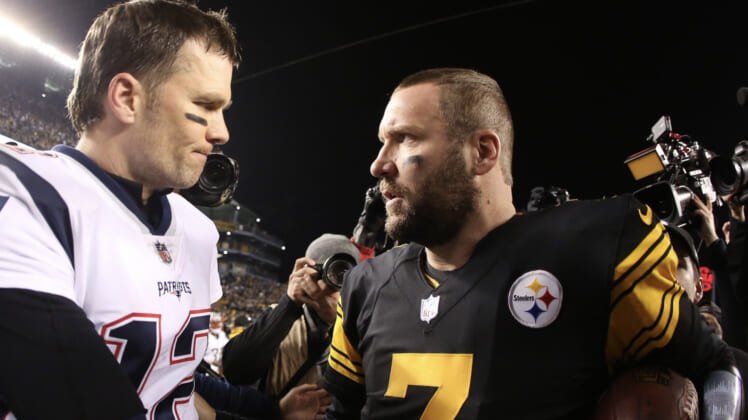 The game within the game. Individual matchups that will dictate the outcome of all 16 season openers this weekend around the National Football League.

Can Aaron Rodgers and Davante Adams make sweet music with one another against a vaunted Bears defense at Soldier Field Thursday evening? How exactly is Ben Roethlisberger and his new-look Steelers going to fare against Tom Brady and the defending champion New England Patriots Sunday night?

This good old black-and-blue contest to begin the 2019 season Thursday night will be defined by multiple individual matchups. However, we’re most intrigued to see how Fuller performs following Aaron Rodgers’ No. 1 receiver all over the field. Adams put up career highs in catches (111), yards (1,386) and touchdowns (13) last season. He’ll be taking on a Pro Bowl cornerback who yielded a 66.6 passer rating and recorded seven interceptions last season. This matchup should be fun.

When on the field, Armstead has proven to be among the best left tackles in the NFL. He’s one of the primary reasons future Hall of Fame Saints quarterback Drew Brees has been sacked just 37 times over the past two seasons. If New Orleans wants to keep with that theme this week against a still-elite Texans pass rush, Armstead will have to be up to the task. Watt recorded 16 sacks and a league-leading seven forced fumbles last season. If he’s able to put consistent pressure on an immobile Brees, it would lead to a longer than expected day for the Saints’ offense in this tremendous Week 1 game.

Despite a poor six-win initial season in Detroit, defensive-minded Lions head coach Matt Patricia turned the heat up on that side of the ball. Detroit finished 10th in total defense and eighth against the pass. This unit seemingly has a good matchup against a rookie quarterback in Kyler Murray making his regular-season debut. Though, if the defense were to struggle it would tell us two things: The Lions’ defense hasn’t taken that next step, and Murray is more than ready to make an immediate impact in first-year head coach Kliff Kingsbury’s system.

Rivals in the AFC since Big Ben’s rookie season back in 2004, it’s nothing new to see these two future Hall of Famers go at it on the field. Even then, this early-season matchup at Gillette Stadium could be telling for both teams. New England is looking to defend its Super Bowl title with a relatively new group of skill-position players that does not include Rob Gronkowski. Meanwhile, Pittsburgh takes to the field without either Antonio Brown or Le’Veon Bell on the team for the first time since 2010. Can the new triplets prove their worth in this important Week 1 matchup? It’s going to be all about Roethlisberger outplaying Brady.

Two of the best players at their positions in the league going up against one another. We couldn’t ask for more here. Both of these young Pro Bowlers have been in the news for all the wrong reasons in recent months. For Hill, that included an ugly child abuse case that was just recently concluded without any punishment from the NFL. Ramsey’s problems in Jacksonville stem more from perceived maturity issues and a rift with the Jaguars’ brass. In a game that Jacksonville hopes sets the tone for a bounce back season, the Chiefs are looking to continue with the domination they unveiled on offense last season.

The New York Giants are going to demand even more from Barkley in his second season now that Odell Beckham Jr. is not on the team. Given that he recorded 2,028 total yards and 15 touchdowns as a rookie, that’s a hard ask. It definitely won’t be easy come Sunday against a Cowboys run defense that ranked in the top five and yielded less than four yards per attempt last season. The good news for Barkley and his Giants is the fact that the young back gained 250 yards in two games against Dallas last season. He’ll need to duplicate that performance if the Giants are to have a chance Week 1.

OBJ’s highly-anticipated Cleveland Browns debut will come Week 1 against a Titans pass defense that ranked sixth in the NFL and yielded a sub 88 quarterback rating last season. That’s the backdrop for this season-opening matchup between two AFC playoff hopefuls. We’re fully expecting Tennessee to have Butler follow Beckham around the field, rather than having a lesser corner in Logan Ryan go up against the Pro Bowler. Specifically, Pro Football Focus graded Butler out as the best cover guy in the red zone last season. That could loom large here.

Protection will continue to be key for Matt Ryan and the Falcons’ hopes of success on offense this season. It’s not a coincidence that he was sacked 42 times during a non-playoff 2018 season for the team. It’s the most that Ryan has been sacked since all the way back in 2013. Danielle Hunter is going to give the right side of Atlanta’s offensive line fits in this one. If the Falcons have any hopes of overcoming an elite Vikings defense, it’s going to rest on the shoulders of the team’s expensive franchise left tackle in one-on-one situations against Griffen. This is a huge key in a game between two playoff hopefuls coming off disappointing 2018 seasons.

Darnold looked like a completely different quarterback during the preseason. The second-year signal caller has taken well to first-year Jets head coach Adam Gase’s system. In fact, New York’s offense could be among the most surprising aspects of the 2019 NFL season. This starts Sunday against a Bills pass defense that was pretty dominant in 2018. Buffalo yielded an average of less than 180 passing yards and a quarterback rating of 82.6 last season. For his part, Darnold led the Jets to a road win against their division rivals last season.

The only way Tampa Bay will find itself in position to best an improved 49ers defense on Sunday is if it finds a consistent passing game with Jameis Winston under center. That’s been a major issue for the struggling quarterback over the course of his first four NFL seasons. More than ever, he’s going to have to rely on Evans against a future Hall of Fame cornerback who resurrected his career last season. While Sherman did not record an interception in 2018, he was among the least-targeted corners in the NFL. Given Winston’s propensity for making mistakes and throwing into coverage, a game-changing play from Sherman could be in the cards. It’s something to pay close attention to.