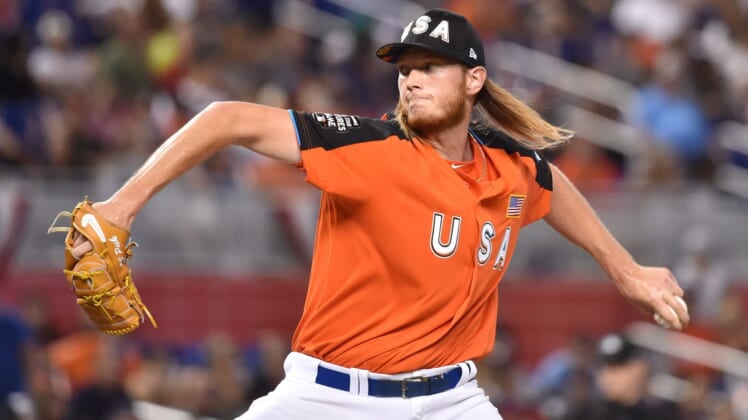 The Oakland Athletics were dealt a bit of bad news on Wednesday. A.J. Puk, the organization’s top prospect who is expected to arrive in the majors at some point during the 2018 season, is dealing with a biceps injury.

Susan Slusser of the San Francisco Chronicle noted that while the injury doesn’t appear to be serious, the lefty is being temporarily shut down.

“Puk received an MRI and there is no indication that the left-hander has any major structural damage, the source told The Chronicle, adding that the injury is not believed to be serious and that Puk should resume throwing ‘sometime fairly soon.'”

Puk had already been cut from the Major League camp. As such Puk was not in line to make the Opening Day roster, anyway. Additionally, given that he has yet to pitch beyond Double-A, Puk is likely going to spend at least the season’s first two months in the minors, anyway.

So, it only makes sense that Oakland is being extra cautious with its star prospect.