The 2016 U.S. Open is in the books and Dustin Johnson is the champion.

But while Johnson’s win is certainly the main takeaway from the week at Oakmont, it’s not the week’s only takeaway.

Looking ahead at the rest of the golf season, what are the main takeaways that we learned at the 2016 U.S. Open?

For Dustin Johnson, 28 majors without a win was enough. The uber-talented golfer finally broke through winning at Oakmont.

The 2016 U.S. Open win was also great redemption from last year’s disappointment, when D.J. went from a potential outright win to an outright loss with three-putts. That doesn’t matter anymore. Johnson will never be defined as a great player who could never win the big one.

In a strange twist, Johnson actually got a ruling in his favor. Another ruling was a lot more controversial (more on that later) but it didn’t end up mattering anyway.

2. The USGA’s mishandling of fifth green ruling was inexcusable

The elephant in the room that was Dustin Johnson’s possible penalty shot for his ball moving on the fifth green took up way too much oxygen. Some of the world’s most prominent players agreed.

This is ridiculous… No penalty whatsoever for DJ. Let the guy play without this crap in his head. Amateur hour from @USGA

There are two issues here.

One is that the idea that a penalty was even discussed (let alone enforced) is idiotic. No reasonable person could watch what happened and deem that Johnson got any unfair advantage. Sadly, this isn’t the first time we’ve been able to say this about a ruling around Dustin Johnson in a major.

Golf needs to better define penalties to punish bad shots or golfers who gain real unfair advantages. The U.S. Open is not a regular local amateur tournament. You have officials. You have HD cameras. Use them.

Two, regardless of whether the penalty was fair or not, a decision should have been made immediately. Having a potential one-stroke penalty hanging over the head of one of the leaders of the tournament was idiotic. In this case, it was unfair to not only Johnson, but everyone competing with him. At the very least, immediate decisions should have been made.

Johnson made it a moot point which I guess is a good thing. But this needs to be changed and it can’t happen soon enough.

3. Another near miss from Sergio Garcia

The 2016 U.S. Open is yet another near miss for Sergio Garcia, whose career has been marked by major disappointment.

Sergio definitely had his moments at Oakmont.

The "fiery Spaniard" with a birdie from the sand on No. 8. #USOpen https://t.co/Tfx7ZQ3lGL

Unfortunately, he had too many bad moments, too. Through the first six holes of his third round, Garcia looked like a real threat at Oakmont. But he played those final 12 holes at three-over par. With that, Sergio dug himself too big of a hole to come back from — even with some great final round moments.

Garcia is now winless in 72 majors played. As a point of reference, Phil Mickelson was 0-for-46 when he finally broke through at the 2004 Masters. Garcia is also 36, whereas Mickelson was still just short of his 34th birthday at his now famed Augusta triumph.

Sergio still has some time left. He’s contended at all four majors so a breakthrough could realistically happen anywhere. But the more times he comes up short, the harder it is to believe that Garcia’s day in a major will ever come.

The 2016 U.S. Open wasn’t exactly a great exhibition for many of the world’s best players.

Dustin Johnson won it. Jason Day struggled at times, but made a decent showing for himself with a top-10 finish. The rest of the top-10 players in the world didn’t do so hot.

World No. 2 Jordan Spieth, No. 4 Bubba Watson and No. 9 Danny Willett all made the cut, but were complete non-factors. No. 8 Adam Scott was only marginally better.

World No. 3 Rory McIlroy, No. 5 Rickie Fowler, and No. 10 Justin Rose all missed the cut. No. 7 Henrik Stenson withdrew with an injury rather than getting up early to play a few holes that would have inevitably ended in a missed cut.

To say that Oakmont was ever easy this week would be incorrect, but it was definitely kinder than in 2007. The world’s best just did not take advantage.

5. Phil Mickelson may not ever win U.S. Open 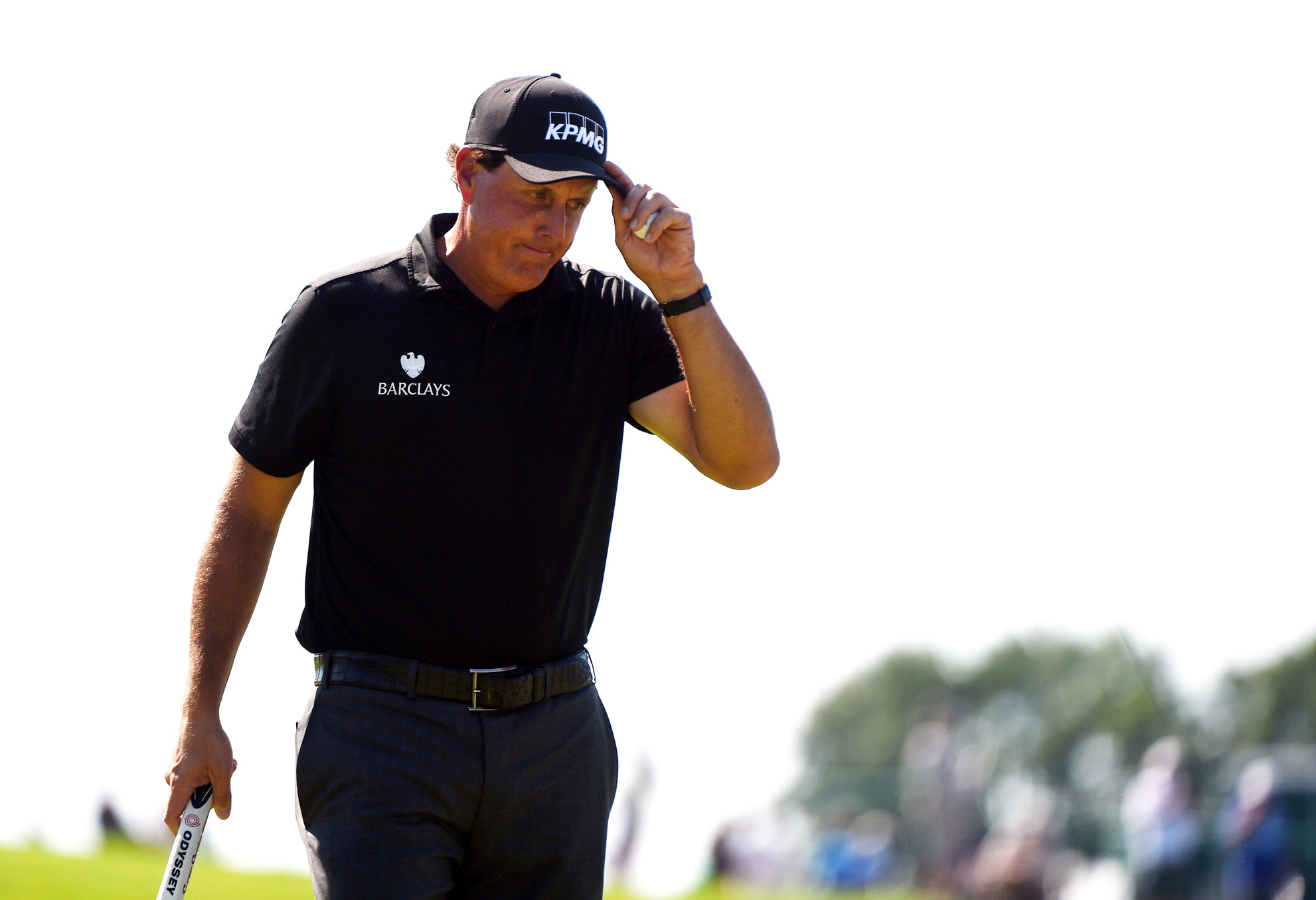 The big lefty missed the cut at his second straight major. While he’ll be a sentimental favorite forever, it’s now starting to look like Mickelson may not ever win his national championship.

Father time is the biggest problem for Lefty. He’s now 46, which is older than Hale Irwin became the oldest U.S. Champion ever in 1990. That’s not to say that Mickelson can’t ever win again or even that he can’t win another major. Still, the U.S. Open is an entirely different animal.

But even with a relatively favorable slate of venues coming up, history is against Lefty in a big way. The odds are certainly stacked against Mickelson completing his career slam.

The controversy around Dustin Johnson’s penalty shot was not the only one that the USGA faced this week.

Charley Hoffman didn’t have a great week at Oakmont, but made some waves with his criticism of the USGA.

We can certainly dismiss this as sour grapes from a guy who didn’t contend, but we must remember that this happened in 2015, as well. Last year, Billy Horschel was critical of the greens at Chambers Bay and stated that he had “lost respect for the USGA.”

Now, Horschel didn’t contend last year either and a few golfers sharing sour grapes wouldn’t be totally shocking. Still, the complaints from Horschel and Hoffman, combined with all of the issues around Dustin Johnson, made this a bad week for the USGA. They need to do a lot better.

7. Branden Grace will win a major

The 2016 U.S. Open marked the second straight strong showing in the event for the Branden Grace. In between, the South African posted a third place finish at the 2015 PGA Championship.

Majors — especially U.S. Opens, are often won by putting yourself in position and being the last man standing. Grace obviously hasn’t been that man yet, but he is consistently putting himself in position to be that guy.

Grace will be someone to keep an eye on next year at Erin Hills. Really, he’s a good guy to have in a pool at any major that looks like it will be a grind. Grace hasn’t won a major yet, but he’s shown that he can grind. That’s a great first step.

Jason Day didn’t win the 2016 U.S. Open, and from that regard, his week at Oakmont was a disappointment. But after an opening round 76, it looked as though missing the cut was a serious possibility.

He ended up not only making the cut, but working his way into semi-contention, finishing in a tie for eighth.

That shows his brilliance as much as the record setting win at Whistling Straits in last year’s PGA Championship did. Great golfers don’t always have their A games. But when a golfer can clearly not have his best game and still compete, he’s truly one of the best in the world. 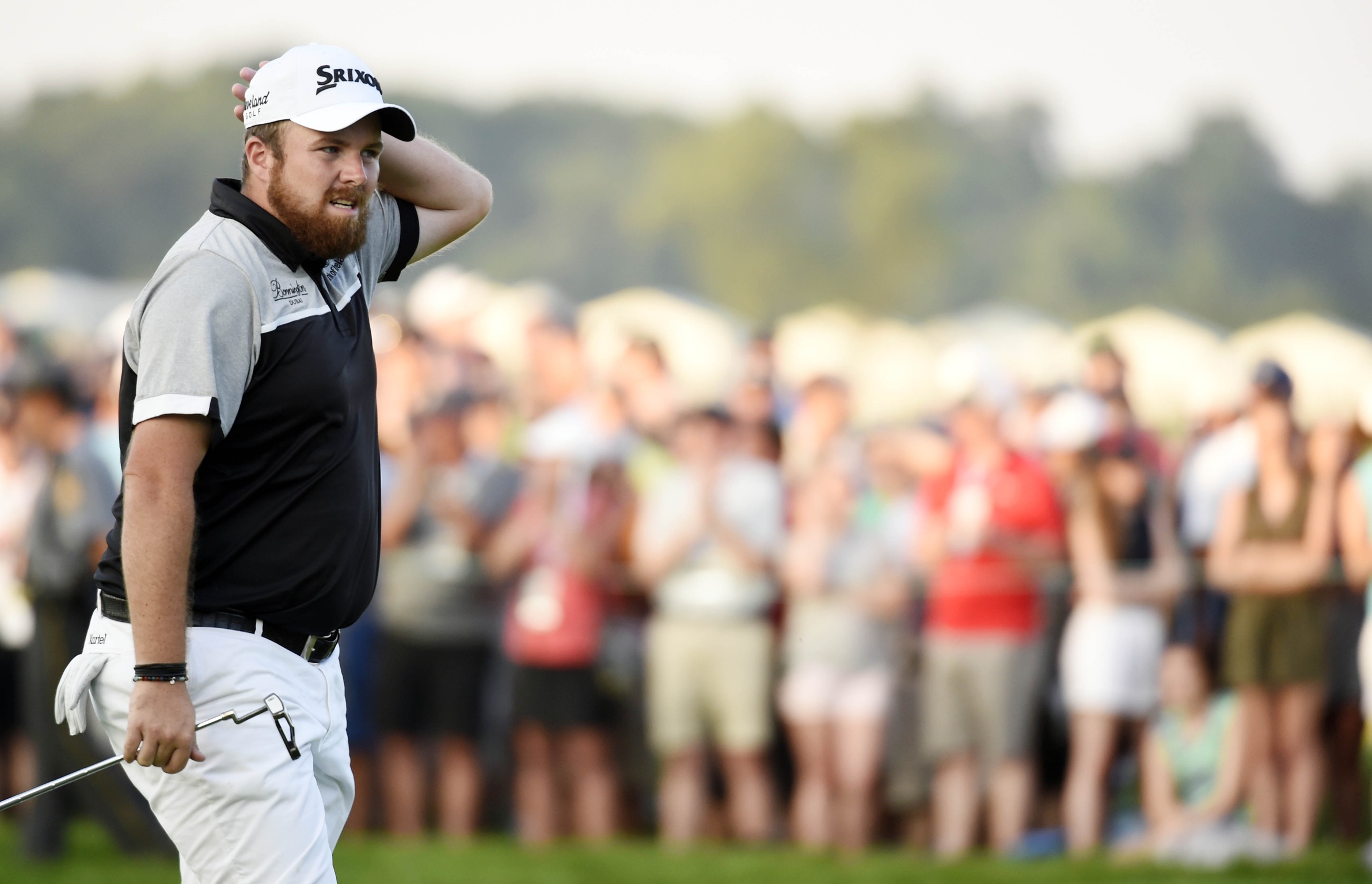 Shane Lowry played well this week, but the final round was brutal.

Lowry squandered a four-shot lead early and spent most of the second nine playing catch up to Dustin Johnson. The Irishman ended up posting a six-over 76 and wasn’t much of a factor over the tournament’s final holes.

This was his first realistic chance at winning a major and it’s not uncommon for golfers to have a few false starts to finally break through. Still, a golfer starting with a four shot lead and losing by three shots has to be mentioned as one of the week’s main takeaways.

For the first time since 2008 and 2009 (Tiger Woods and Lucas Glover), Americans have posted consecutive victories at their national championship. Johnson’s victory backed up Jordan Spieth’s in 2015.

Johnson was also the first American to win at Oakmont since Larry Nelson in 1983.

Men from the United States have not won the U.S. Open in three straight years since 1998-2000, when Lee Janzen, Payne Stewart, and Tiger Woods all claimed victory.