The 2016 Ryder Cup is in the books. It will go down as a decisive victory for the American team, which defeated the Europeans for only the second time in the 21st century.

Now that it’s all said and done, why did the Americans win at Hazeltine? What, if anything, can we use to look ahead to 2018 when the Ryder Cup will be contested in France?

The following were the main takeaways from the 2016 Ryder Cup.

For the first time since 2008, the Ryder Cup belongs to the United States. The much talked about American Ryder Cup Task Force of Jim Furyk, Tiger Woods, Phil Mickelson, and Captain Davis Love III did its job.

The final score will show that this was an American blowout, but it wasn’t that simple.

After the USA jumped Europe 4-0 in the opening session, Europe stormed back. Heading into the fourball session on Saturday afternoon, the once massive lead was down to only one point. The possibility of heading into Sunday singles tied (or even trailing) looked quite realistic. But a 3-1 American victory on Saturday afternoon supplied some breathing room.

That breathing room was helpful on Sunday when the Europeans got out to an early lead in nearly every match. The American team stayed calm and eventually delivered the convincing victory.

2. Learning experience for the Europeans

Nobody wants to lose the Ryder Cup. But as disappointed as the European team surely is, it’s not hard to find positives for Darren Clarke’s bunch.

That will come in handy.

As an added bonus, all of the rookies got to debut in front of an always boisterous, sometimes hostile American crowd. After this experience, they’re all far less likely to be overwhelmed in the future.

So, while they should certainly be disappointed, a silver lining can be fount for the European team.

3. Patrick Reed was born for the Ryder Cup 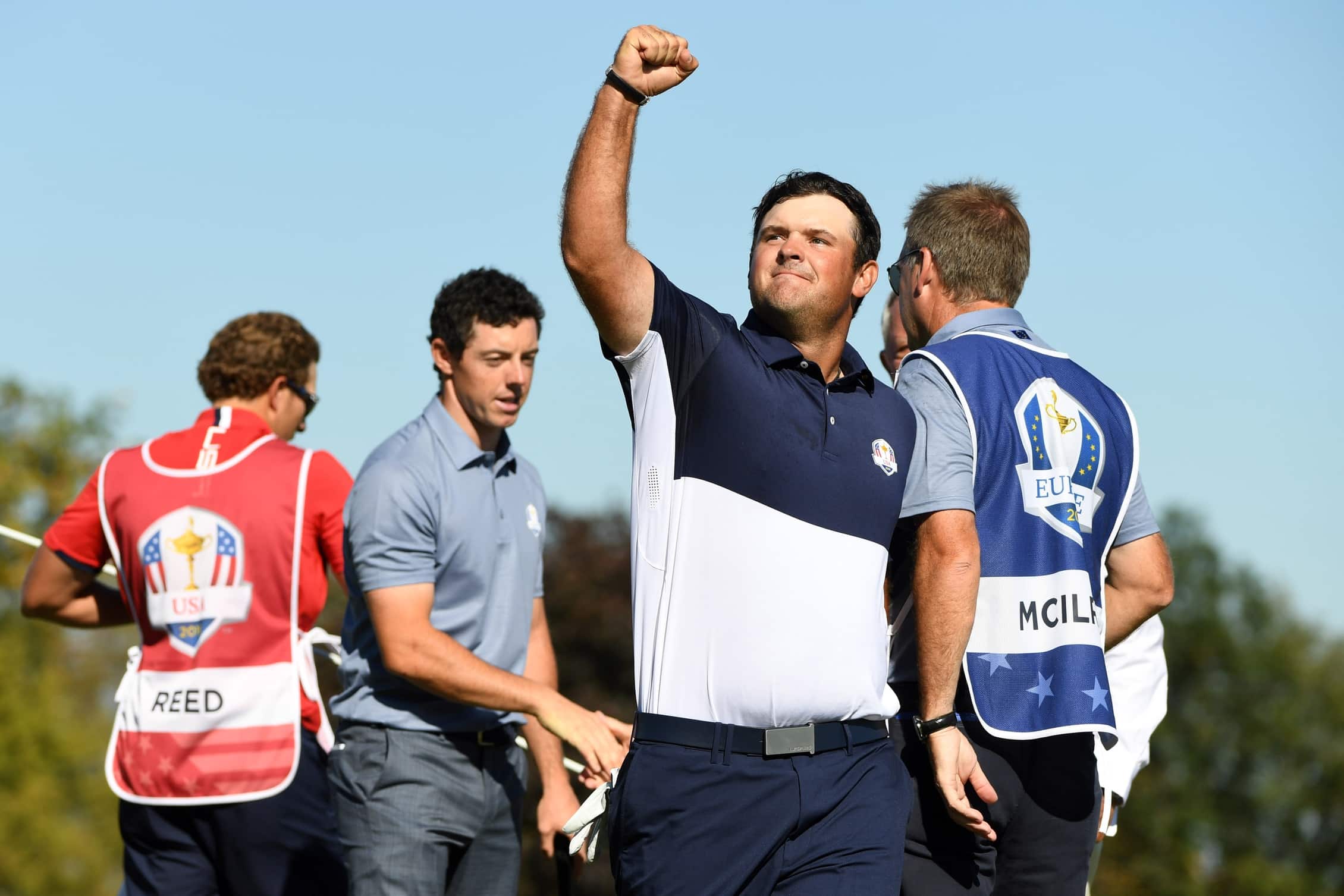 Going back to the mid-1980’s, the Ryder Cup has had a decidedly European feel to it. Much of that can be attributed to the rise of European golf, especially in Continental Europe. But another problem for the United States has been that its players haven’t always seemed terribly wired for the Ryder Cup.

That is not the case with Reed.

Reed possesses everything that’s been missing for a generation in so many great American golfers. The crowds inspire him. The team environment inspires him.

If he’s playing with a partner, Reed seems more motivated to hit great shots after his partner has hit a bad one. That prevents the snowball effect, which is so common in Ryder Cups.

Reed is the equivalent of a swimmer or sprinter whose relay splits are often better than his/her individuals. He’s a good player on the regular tour. He’s an absolute monster in the Ryder Cup.

4. It’s not an exhibition to Rory McIlroy

McIlroy was one of Europe’s best players through the week. That’s not terribly surprising.

But he was also the most emotional player on his team. His actions through the week came in direct contrast to McIlroy’s words earlier in his career.

“The Ryder Cup is a great spectacle but an exhibition at the end of the day and it should be there to be enjoyed,” McIlroy said, via Bill Elliott of The Guardian in 2009. “In the big scheme of things it’s not that important to me.”

Anyone who watched him this past week at Hazeltine can say definitively that the Ryder Cup matters to McIlroy.

Even with the loss, European fans can rest easy. McIlroy will not only be one of the team’s best players for the foreseeable future, but he has the spirit that other European greats like Seve Ballesteros and Ian Poulter have had.

5. Patrick Reed and Rory McIlroy may have had the most exciting match in Ryder Cup history

Maybe it was a behind the scenes agreement between captains Clarke and Love. Maybe it was just the pure luck of each man wanting his hottest golfer leading off.

Whatever it was, Reed and McIlroy gave us a a clash of the titans that will not soon be forgotten.

These two fireballs answered each others’s fantastic shots throughout the front nine. It almost doesn’t feel right that one of them had to lose.

In the end, Reed was just a hair better than McIlroy, earning a huge point for his team.

With Reed at 26 and McIlroy at 27, let’s hope this is a matchup we see a lot of over the coming decade. After Sunday’s explosion, we can’t get enough of these two. 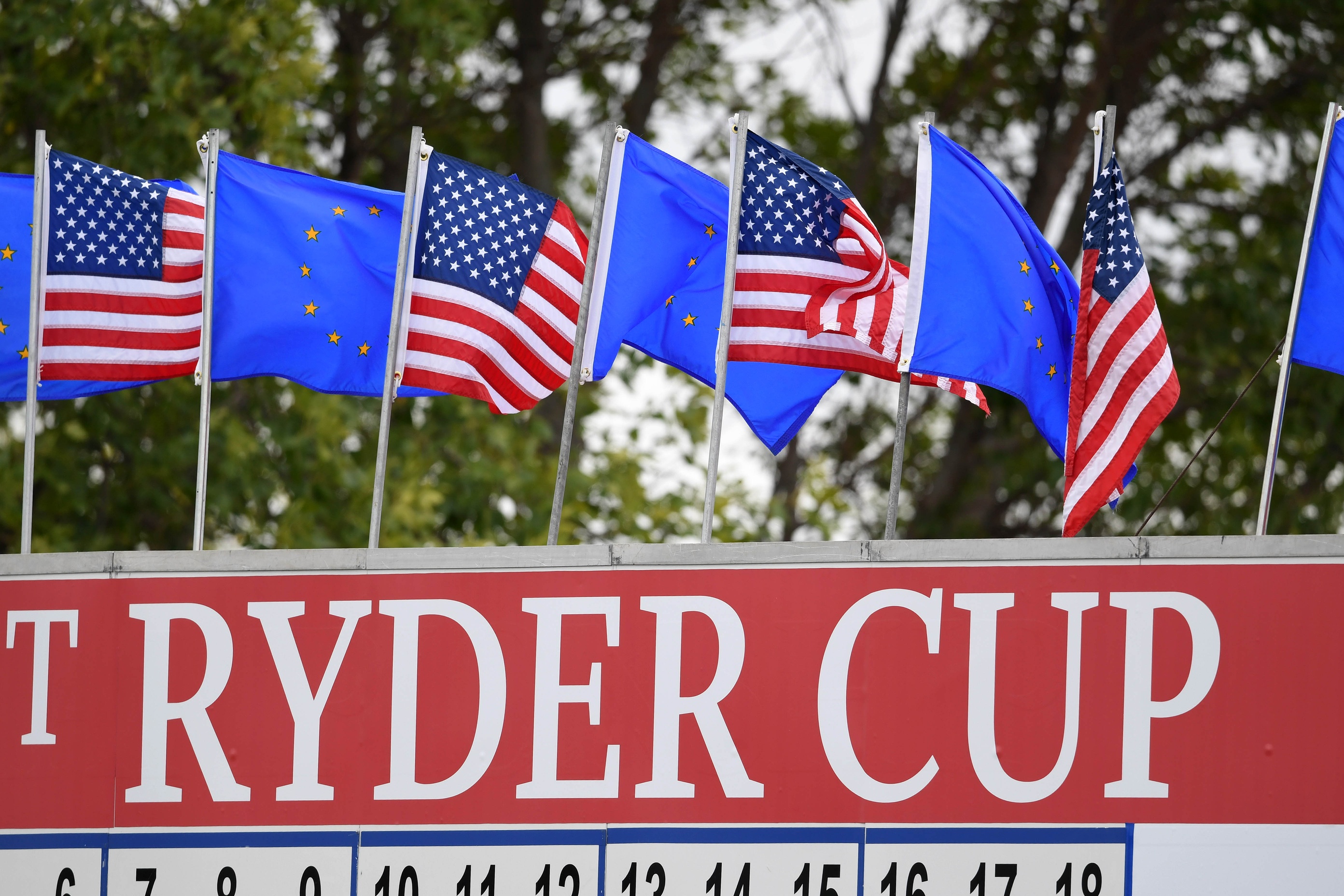 The behavior of fans can debated (hold that thought). But one thing is absolutely certain: Playing at home matters.

McIlroy seemed to thrive playing in front of the hostile crowds. The rest of the European team, however, did not. Even Ryder Cup stalwarts like Sergio Garcia and Lee Westwood seemed shaken at times. Quite frankly, it’s hard to imagine that that would have happened had they been playing in front of European crowds.

Conversely, the American players seemed buoyed by their home fans.

Like McIlroy, Reed is the kind of player who will generally play as well on the road as he did at home this week. Reed has undeniably thrived playing on both sides of the pond.

The rest of the team, though, was certainly sparked by the crowd. Normally stoic American golfers were visibly fired up as things begin to tilt in USA’s favor.

The United States had the better team at Hazeltine. That might have been the case in a European hosted Ryder Cup, as well. But the crowd definitely contributed to the margin of victory. 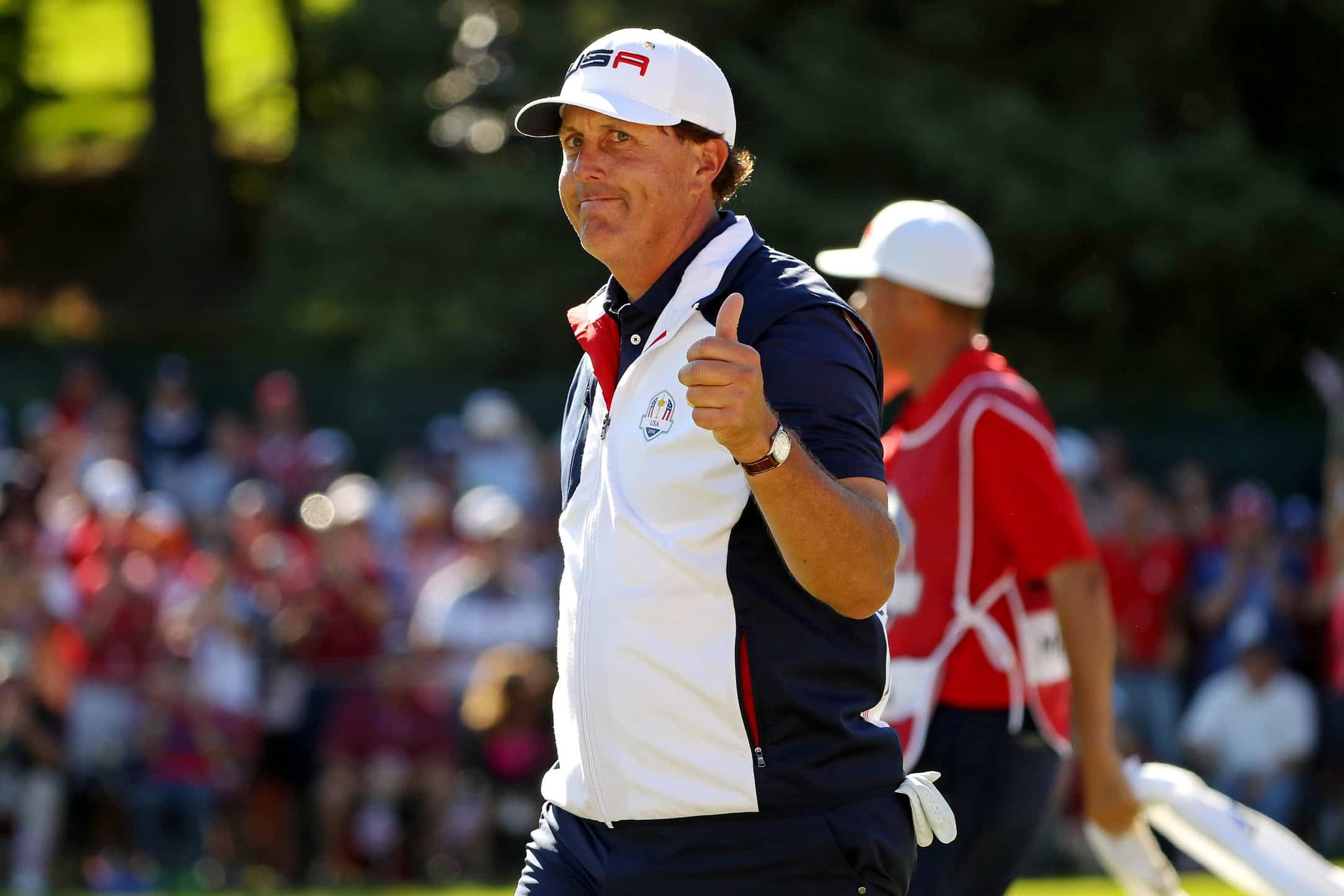 Lefty entered the week with a rather large target on his back. After Europe’s 2014 victory, Mickelson was hyper critical of captain Tom Watson. Just before play began this week, Mickelson’s criticism turned to the job done by 2004 captain Hal Sutton.

With that kind of talk, Mickelson had to step up this week.

Even a solid 2-1-1 record does not do Lefty’s performance justice. When Mickelson and Matt Kuchar won their fourballs match on Saturday, Kuchar said that playing with Mickelson was like playing with his big brother. It was pretty clear that he wasn’t spewing hyperbole.

Mickelson closed his Ryder Cup out with a stellar halve against Sergio Garcia. While McIlroy and Reed’s match had moments of excellent golf, the greatness of it came as much from the emotions of both men, as well as from the crowd.

Mickelson and Garcia lit up the scoreboard, combining for 19 birdies. Europe needed a win from Garcia. Garcia played well enough to win. Mickelson was not going to allow it, though.

8. Thomas Pieters is a stud

As a group, the European rookies looked overwhelmed. That was not the case with all of them, though.

The Belgian rookie was a beast, playing in all five sessions and winning four points for his team.

Even more impressive is how well Pieters bounced back.

Playing with Westwood, Pieters lost to the American team of Dustin Johnson and Matt Kuchar in a 5 & 4 blowout. After that, Pieters went undefeated. Only one of his remaining matches went beyond the 16th hole.

As if that wasn’t enough, the European team might have found a new dream tandem, with Pieters and McIlroy going 3-0 as a duo.

At only 24 years of age, Pieters figures to be a fixture on European teams for quite some time.

9. Crowd behavior needs to be checked

The Ryder Cup is a different environment than an average golf tournament. As such, different things are acceptable.

Crude insults and heckles, however, are way beyond the line of what’s acceptable. Per Carl Markham and Rebcca Taylor of the Daily Mail, fans told McIlroy to “suck a d***,” and that “coming up short was why Caroline Wozniacki left his a**.”

As Americans, we shouldn’t hate these people. This isn’t a war. Heck, these golfers don’t even come from nations with bad relationships with the United States. Yes, it’s fun, and we take it seriously. But at the end of the day, it’s a golf tournament.

Those personal, crude insults put a bit of a cloud over an event. That’s always unfortunate. In a week that was largely meant to pay tribute to an ultimate sportsman in Arnold Palmer, it’s even more of a shame.

Love made so many good decisions in 2012. Unfortunately for him and the American team, they were all negated by Europe’s epic Sunday comeback.

In 2016, Love earned a well deserved victory as a captain. He had the magic touch.

For any proof, look no further than Ryan Moore. Moore was the final captain’s pick, chosen less than a week before the 2016 Ryder Cup got underway. On Sunday afternoon, he was the man who delivered the point that clinched the cup.

It’s doubtful that Love will ever forget 2012’s heartbreak. But this week erased a lot of that sting. He’ll now forever be remembered as a winning Ryder Cup captain.