The 2016 British Open is in the books. Thanks to a marvelous performance from Henrik Stenson, the big Swede has his first major.

The Claret Jug is awarded to the Champion Golfer of the Year. #TheOpen pic.twitter.com/GPQreMBFcl

For 2016, Stenson is the Champion Golfer of the Year. For the rest of time, his name will be on the Claret Jug.

With the week at Royal Troon complete, what are the takeaways from the 2016 Open Championship?

For the fourth time in a row, a first-time major winner emerged victorious. Following in the footsteps of Jason Day, Danny Willett and Dustin Johnson, Henrik Stenson got the major championship monkey off of his back at the 2016 British Open.

A major championship was one of the few achievements that had previously eluded Stenson. His performance was simply brilliant. After an opening round 63, Phil Mickelson looked like he might run away with the Claret Jug. Obviously, that did not happen.

In the second round, Stenson counter-punched Lefty, firing a 65. The Swede then outplayed the 2013 Open champ over the weekend to win his first major.

The final salvo came on the last hole, when Stenson made a birdie to shoot his own 63, tying Johnny Miller for the lowest final-round score to win a major in the history of the game.

He saved his best for last. pic.twitter.com/7rTfYF7igK

Given Mickelson’s own major frustration prior to the 2004 Masters, it’s fitting that Stenson’s first major victory came in a head-to-head battle against Lefty.

With the exception of Stenson, Phil Mickelson was hands down the best player in the field this week. He was fantastic, but picked the wrong four days to be great.

Mickelson did remind us of just how special he can be, though. At times, he made Troon look like a local pitch-and-putt, firing away at flags with absolutely no fear. Other times, he found ways to make pars when bogeys (or worse) seemed inevitable.

In the end, it was not quite enough. Golf fans everywhere need to find a way to thank Mickelson for his performance this week. If he didn’t play so great, this would have been one boring weekend of golf. 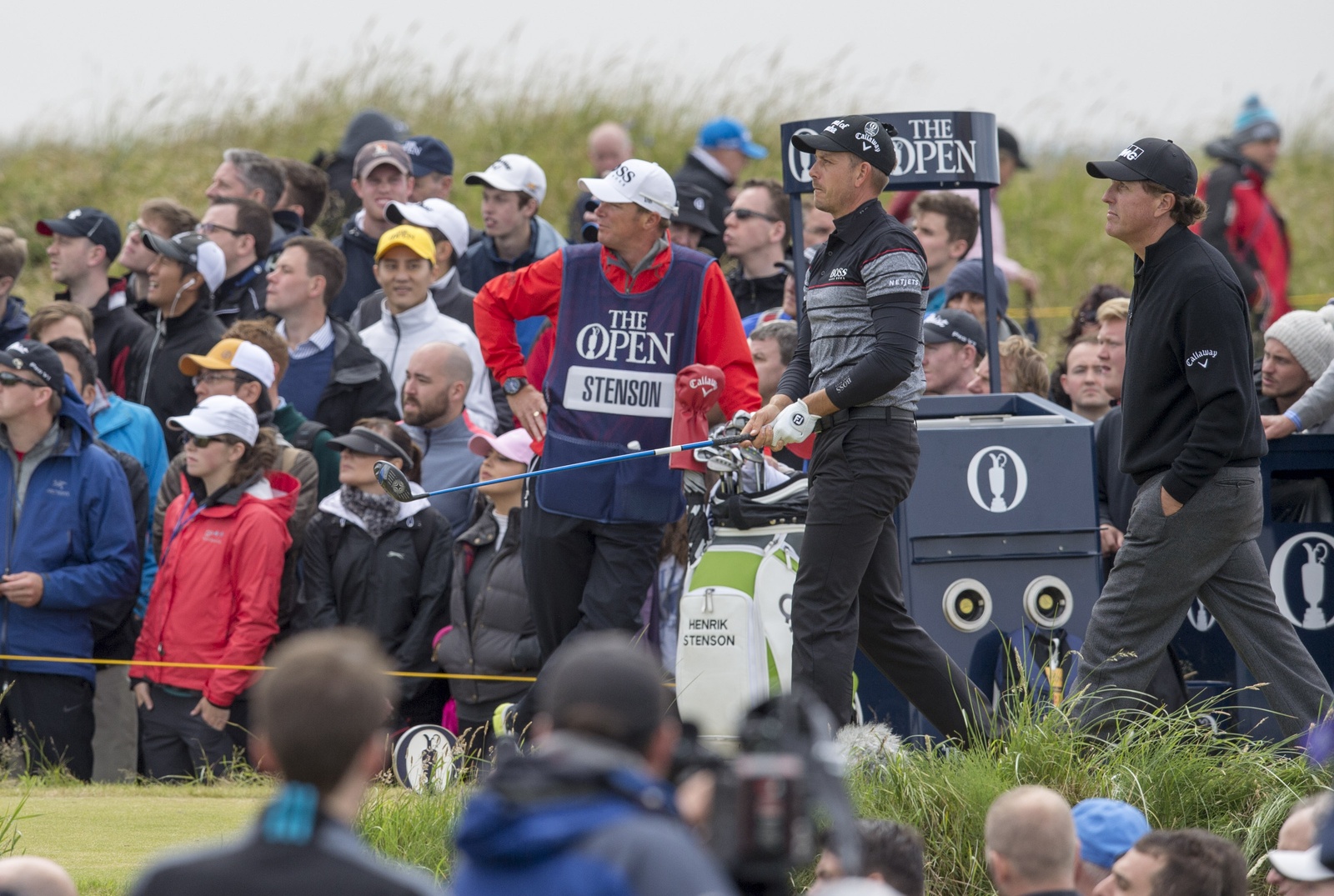 Fans of a certain age certainly remember 1977’s “Duel in the Sun” between Tom Watson and Jack Nicklaus at Turnberry. That week, runner-up Nicklaus finished one behind Watson and 10 clear of third place finisher, Hubert Green.

The showdown between Stenson and Mickelson no doubt brought back memories of that great tournament. They just looked to be playing a different course than the rest of the field. Mickelson finished ahead of third-place finisher J.B. Holmes by 11 shots.

Stenson and Mickelson went toe-to-toe for 36 holes. Early in Saturday’s third round, it became abundantly clear that the winner would come from this duo. Stenson eventually pulled away in the final three holes but got more of a push from Mickelson than anyone playing that well should have gotten.

Were it not for Stenson, Mickelson’s second nine would have been nothing more than a glorified victory lap. As it stands now, the 2016 British Open is another major runner-up for Lefty — the 11th of his illustrious career.

When playing Links golf, it’s important to capitalize on the course when the weather isn’t biting. Conditions were calm on Thursday. As a result, Phil Mickelson fired a 63 that narrowly missed being a 62.

Phil Mickelson came SO close to a low major score of 62 #TheOpen pic.twitter.com/n91YpkelLG

More importantly, it really narrowed the realistic field of winners.

Mickelson’s round was certainly stellar. But looking back on Thursday, the 63 wasn’t exactly out of place. In total, 50 golfers got their Open Championship underway with a round in red numbers.

It goes to show that these courses are very dependent on inclement weather. When the conditions aren’t fierce, the best golfers in the world have a lot of fun.

5. End of American domination at Troon

Entering the week, the American dominance at Troon was certainly notable. Dating back to Arnold Palmer’s victory in 1962, Americans had won six straight Open Championships contested at Troon.

That streak is now a thing of the past.

Stenson’s victory was also historic for his own home nation of Sweden. While the great Annika Sorenstam dominated women’s golf for years, no Swedish man had ever won a major.

Much like the American dominance at Troon, that streak is now a thing of the past.

The 2016 British Open will not be remembered for what the world’s top ranked players did.

World No. 1 Jason Day got off on the wrong foot with a two-over 73 in the opening round. He never contended after that.

Dustin Johnson hung around for a while. But the reigning U.S. Open champ World No. 2 was eventually done in by some wayward play.

Jordan Spieth struggled to make the cut. The world No. 3 hung around for the weekend. But even with a 68 on Sunday, Spieth was never a factor.

World No. 4 Rory Mcilroy had a decent finish (four-under, tied for fifth), but he played himself completely out of contention in the early rounds.

If nothing else, the week at Troon served as a reminder that even for the best players in the world, golf is hard. 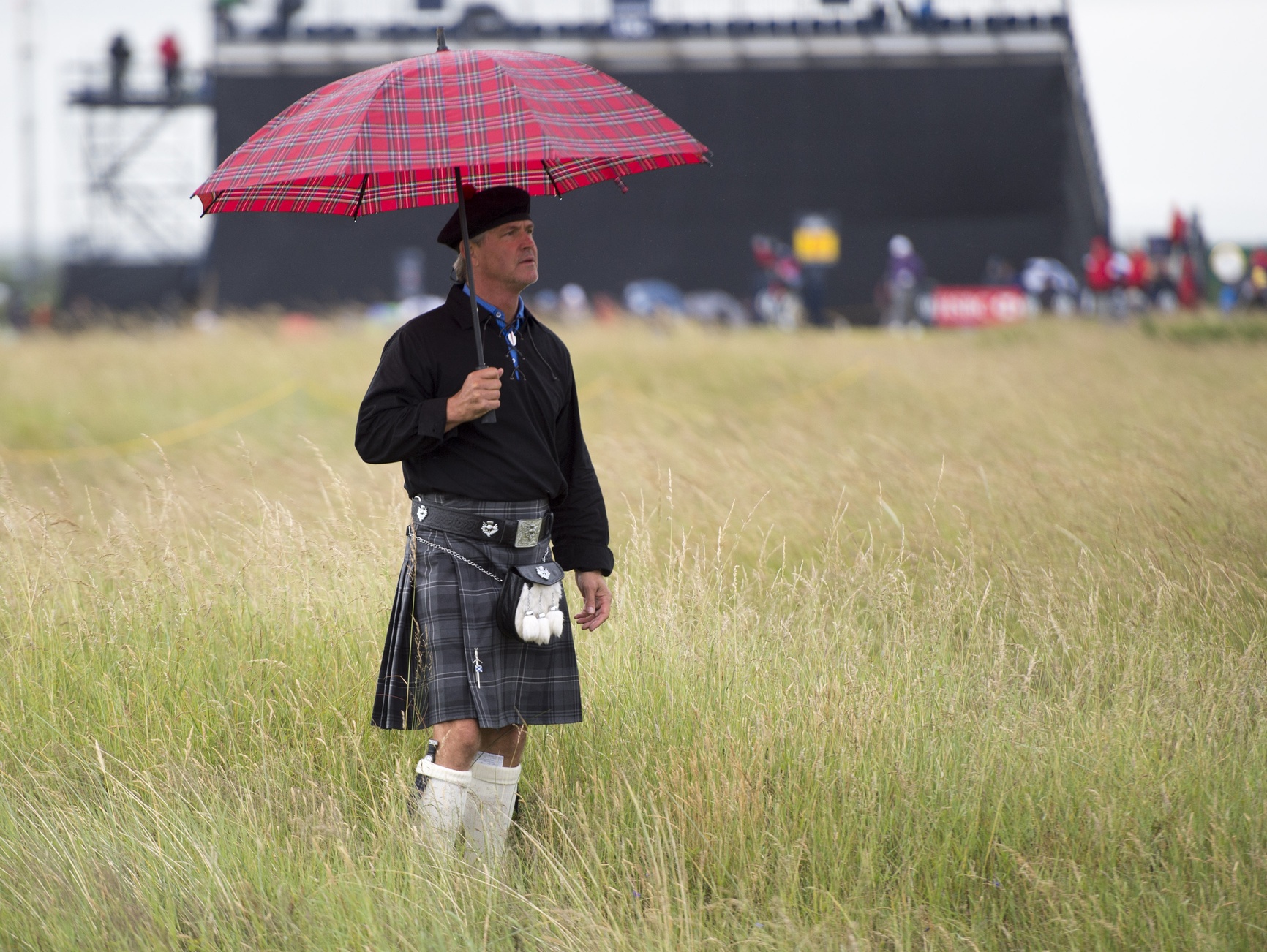 Of course, the draw had something to do with how the big names performed. In majors where weather is an issue, it often seems like one side of the draw gets the short end of the stick. This week was no different.

Indeed, Mickelson and Stenson were largely done with their second rounds before the worst weather of the week took over.

It’s one of those things that’s completely unfair. Even worse, there is nothing that can be done about it. The only thing these golfers can do is hope that they get the better draw next time.

8. Emergence of a new cult hero

In only his third professional major, golf fans everywhere were introduced to Andrew Johnston.

Good luck to anyone trying to find anything negative about Johnston. Between his beard, his outwardly cheery demeanor, and epic nickname of “Beef,” Johnston is the perfect fan favorite.

This Open Championship told us something else about Beef. He can play some good golf, too.

We can only hope to see more Beef in the years to come.

While former World No. 1 Jordan Spieth has had some good moments in 2016, he hasn’t been as sharp as he was during his historic 2015 season.

That has led to some scrutiny, which he doesn’t think is fair.

“It’s been tough given I think it’s been a solid year and I think had last year not happened I’d be having a lot of positive questions,” Spieth said, per Coleman McDowell, Golf.com. “Instead most of the questions I get are comparing to last year and, therefore, negative because it’s not to the same standard. So that’s almost tough to then convince myself that you’re having a good year when nobody else really — even if you guys think it is, the questions I get make me feel like it’s not.

The complaints are valid. Still, at some point, Spieth will have to come to grips with the expectations that come with having such a phenomenal campaign last year.

When athletes perform to the level Spieth did in 2015, questions are going to come when they can’t follow up. It may not be entirely fair, but it is something that all great athletes have to deal with.

10. Royal Troon brings out worst of some golfers

When Rory McIlroy broke his fairway wood, he seemed to have the title for “week’s craziest reaction” locked up.

Thomas Pieters was having none of that.

Pieters struggled through the 11th hole on Sunday. He did eventually find the green, but let his club know that its efforts were not appreciated.

Of course, this is certainly not a foreign feeling for hackers across the globe. Let that be the final takeaway for all of us. While these are the world’s best golfers, they’re not above the occasional temper tantrum.