There is plenty to talk about as the 2015 PGA Championship gets set to kick off on Thursday, August 13. The final major championship of the year, this tournament typically brings out the best in the world’s top golfers.

Youngsters Rory McIlroy and Jordan Spieth headline a loaded field, while savvy veterans like Phil Mickelson and Tiger Woods hope they have what it takes to reclaim former glory.

The venue for this year’s iteration is Whistling Straits near Kohler, Wis.—a links-style course with majestic vistas overlooking Lake Michigan. It is among the most challenging courses in North America, though it can be conquered, given the right strategy.

This will be the third time in history that the PGA Championship has been held at this beautiful course. Vijay Singh won here in 2004 (-8), and Martin Kaymer claimed victory in 2010 (-11).

These are the top storylines heading into this year’s PGA Championship.

Will Rory’s ankle allow him to repeat?

McIlroy, a two-time PGA Championship winner and the defending champ, enters the tournament with his health as the biggest question mark. He ruptured a tendon in his left ankle playing soccer with friends just five weeks ago, and it did not look pretty as recently as five days ago.

That hasn’t stopped the talented young golfer from busting his butt in rehab. And as most are likely aware, he is back this week to defend his title. After a practice round on Monday, McIlroy declared he will be “100 percent competitive” and revealed he’s been hitting balls since July 20.

One of the most dangerous golfers in the world when on his game, McIlroy will certainly have a shot to repeat this weekend as long as his ankle holds up to the rigors of walking the brutal course at Whistling Straits.

Will Tiger finally break through to win major No. 15? 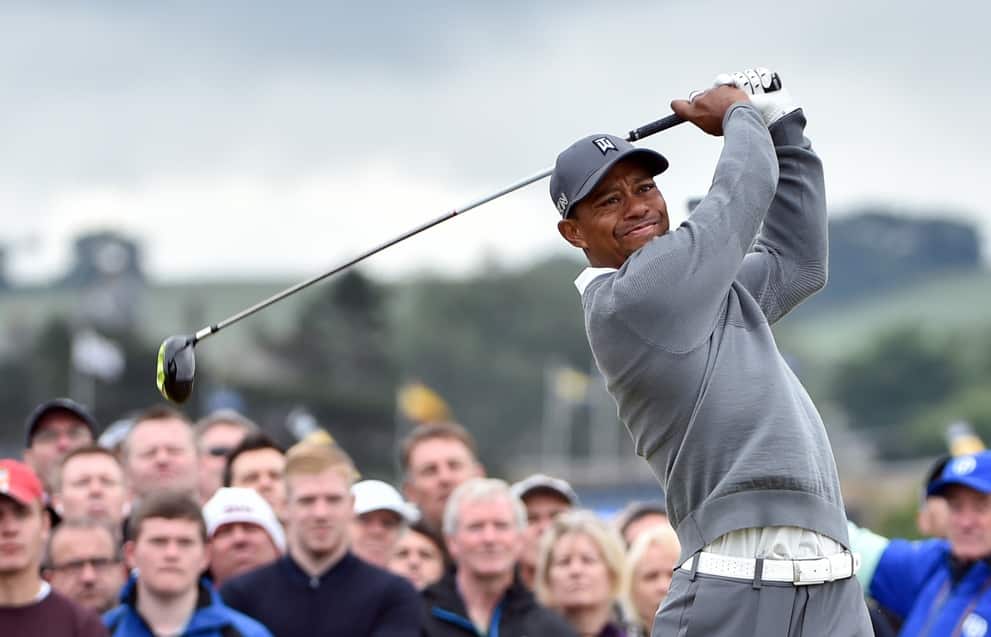 When Woods won his 14th major championship back in 2008, it seemed a given that he’d eventually break Jack Nicklaus’ record of 18 major titles. We’re six years removed from that victory, however, and Woods no longer has the eye of the tiger.

His last victory in any tournament came in 2013. And while he did show some spark of the old Tiger at the QuickenLoans National, consistency has been missing for a long time.

“Probably consistency,” Woods said Tuesday when asked what is holding him back the most right now (h/t pgatour.com). “Just being consistent on a daily level. I just need to be a little bit better from shot to shot.”

These aren’t the words of a man ready to break through. Given his recent track record in majors—three missed cuts in the last four attempts—just making it to the weekend should be considered a victory for Woods.

Fowler has talent enough to win big tournaments, as he showed when he won The Players Championship back in May. However, winning a major championship has eluded him to this point. The man who is know for his colorful attire earned top-5 finishes in all four majors in 2014, but he has yet to show up in the first three majors as a championship contender since tanking down the stretch at Augusta in April.

It’s important for Fowler to finally achieve this notable accomplishment, but he is wary of pressing too hard on the course.

“Ultimately, it would be nice to have a major championship on the resume,” Fowler said (h/t Golf Digest). “This would be a great week to start that, but I don’t want to — I definitely don’t want to push myself or try and make things happen too much.”

This is the proper approach. Pushing for accomplishments under pressure can result in catastrophic failure. Letting the game come to him will afford Fowler the opportunity he so desires.

Will Spieth claim his third major of the season?

After winning the first two majors of the 2015 season, Spieth choked away his chance to match Ben Hogan by winning the first three in a row. His poor play down the stretch at St. Andrews last month left a bad taste in his mouth, and he’s eager to right the ship.

“I’m hoping to kind of prove, coming off of this last major, that I’ve got like kind of a little bit of revenge that I need to get out from having control of the Open Championship with two holes to go and not closing it out,” Spieth said via golfchannel.com. “That leaves kind of a bad taste in my mouth.”

Spieth didn’t perform well overall at Firestone, but a 66 on Sunday sent him into the PGA Championship with some positive momentum. Given his outstanding 2015 campaign he must be considered a heavy favorite to win at Whistling Straits.

Will Shane Lowry ride his Bridgestone momentum to a PGA Championship title?

Lowry was a surprise winner this past weekend, and it took a bit of magic to make his victory possible. He utilized a friendly tree branch on the 18th hole in the final round to land the ball close to the hole for a birdie putt, which he sunk for a two-shot win over Bubba Watson.

The win was Lowry’s first on the PGA Tour, though he had previously won three times on the European Tour. No doubt he’s flying well under the radar this weekend, despite his recent success. However, if he can utilize his length and stays on point with his approach shots, then anything is possible.

Will Bubba rediscover his major magic?

Watson—the enigmatic one—can just as easily flame out or win running away from the field, depending on which Bubba shows up from weekend to weekend. 2015 has been a good year for Watson, who ranks No. 2 behind Spieth in the FedEx Cup rankings and is No. 3 in the world.

When the PGA Championship was last held at Whistling Straits, Watson lost to Martin Kaymer in a playoff after finishing with a final score of -11. He clearly loves the layout of this brutish course that favors those who can bomb away off the tee—something he had no trouble with last weekend.

Bubba Watson averaged 362.1 yards off the tee at Firestone. 🔭 http://t.co/fZuoLx0rfT

Additionally, Watson’s stellar wedge play should also serve him well this time around, as it did before when he came close to winning this tournament in 2010.

Will Jason Day finally break through?

As it is with Fowler, Day is always in the conversation of “best player to never win a major.” He’s come awfully close on more than one occasion, earning nine top-10 finishes the past six years, including two runner-ups.

Here’s what fellow Aussie Paul Tyson had to say about Day’s chances of winning this weekend:

“He has been knocking on the door enough hasn’t he? It reminds me a bit of Jason Dufner. In 2010, he tied for fifth at Whistling Straits. The next year he finished second to Keegan Bradley in Atlanta and in 2013 guess what, he won at Oak Hill. Day’s track record in majors has been even more robust. Of course he can break through this week. (via pgatour.com)”

After a ninth-place finish at the U.S. Open and a fourth-place showing at the British Open this year, perhaps Day’s chance to shine is finally here.

There aren’t many golfers as hot as Rose right now. He finished no lower than sixth place in his last three tournaments dating back to The Open Championship and finished in second place in early June at Jack’s Memorial Tournament.

He credits his recent run of success to a change in putters.

“I changed putters this week,” Rose said (via Mirror.co.uk) at St. Andrews, “so that was a bit of an unknown coming into the week, and that felt really good. I holed out really well from inside six feet this week, and I think that’s something I can really build on for the rest of the year.”

Rose missed the cut the last time the PGA Championship was held at Whistling Straits, but his outstanding play this year likely precludes that outcome this time around. He finally did what Fowler and Day hope to do with a victory at the 2013 U.S. Open. Given the level of talent Rose possesses, he should win at least one more before his time is up.

Kaymer is a two-time major winner and claimed victory the last time the PGA Championship was held at Whistling Straits.

Without a single top-10 finish this season on the PGA Tour, Kaymer is being overlooked as a true contender. After all, he has missed the cut four times this year and finished in a tie for 45th place this past weekend at the Bridgestone Invitational. He did, however, play well at St. Andrews, earning a 12th-place finish.

It has a while since he’s won a tournament, but Kaymer emerged from hibernation last year to win the 2014 U.S. Open. Nobody should ever count him out.

When he is on his game, there aren’t many golfers in the world that can keep up with Johnson. He was at the top of his game at the U.S. Open this year, only to have his putter fail him in the most embarrassing way, when he missed three putts within three feet of the cup on No. 18 to hand the tournament to Spieth.

It wasn’t the first time Johnson’s nerves got the better of him, either. He had a shot to win the 2010 PGA Championship before a stealth bunker—one that has since been taken out of play—sunk his chances.

Ready to put his past behind him, Johnson thinks he has a good chance to conquer his demons and win this weekend.

“I like my chances at any venue. Going back there, where obviously I’ve had success, definitely gives me more confidence,” Johnson said (h/t USA Today Sports). All I’m trying to do is put myself in the situation where I have a chance to win on Sunday.”

Without that nasty bunker in the way, Johnson has as good a chance as any to claim the 2015 PGA Championship trophy.