With the 87th edition of the MLB All-Star Game just around the corner, baseball’s current stars stand ready to take their places in Midsummer Classic history.

Through the first 86 MLB All-Star Games, we’ve seen plenty of classic moments. But what are the best, most memorable in the game’s history?

What are the 10 greatest moments in the history of the MLB All-Star Game? 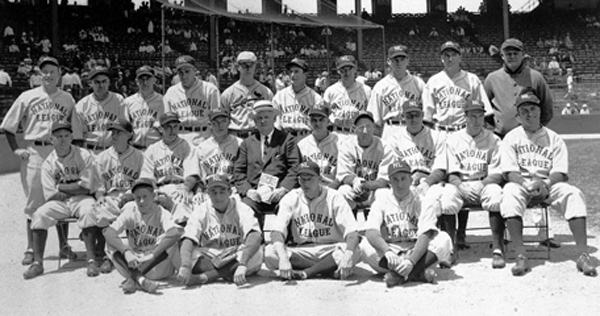 Pitching in front of his home crowd at the Polo Grounds, New York Giants legend Carl Hubbell put on a show.

The game didn’t start so great for King Carl. Charlie Gehringer and Heinie Manush both reached base to open the festivities. The next five hitters were Babe Ruth, Lou Gehrig, Jimmie Foxx, Al Simmons and Joe Cronin. All would eventually be enshrined in the Hall of Fame. With two on and nobody out, Hubbell would do well to allow one or even two runs, right?

The Meal Ticket buckled down and sent all five packing by way of the strikeout.

The American League would eventually win the game, overcoming an early 4-0 deficit. But more than eight decades later, Hubbell’s performance resonates as one of the most-impressive accomplishments ever seen in the Midsummer Classic.

The National League staged its own comeback in 1955. For six innings, the Senior Circuit could not get its bats going, as American League pitchers put up six scoreless innings. Meanwhile, backed by a three-run home run from Mickey Mantle, the Junior Circuit led 4-0 after one and added another in the sixth.

The National Leaguers then started to play.

Two runs were added in the seventh, three more were scored in the eighth, and all of a sudden, the game was tied and headed into extra innings.

In the 12th inning, St. Louis Cardinals legend Stan Musial, who played in more All-Star Games than anyone, decided that it was time to end the game.

With a Musial home run against Frank Sullivan, one of the greatest Midsummer Classic’s in history game to a thrilling end.

1970: Charlie Hustle lives up to his name

Perhaps no moment personified Charlie Hustle as a player more. In the 12th inning of the 1970 MLB All-Star Game, Rose showed that for some, the game is more than just an exhibition.

A three-run rally in the ninth from the National League sent the game into extra innings. With Rose on second in the 12th, Chicago Cubs star Jim Hickman singled. It looked like a close play at the plate. Amos Otis’ throw reached catcher Ray Fosse at about the same time that Rose got to home plate.

Rose scored the winning run, thrilling his home crowd at Cincinnati’s Riverfront Stadium. It was the National League’s eighth straight win, a streak that would come to an end the following year.

Mr. October was pretty good in July, too. Reggie Jackson hit two-run home run in the 1971 game that sparked an American League comeback.

But even if this came in a complete blowout, this home run at Tiger Stadium would have been special.

Were it not for a transformer on the roof, Jackson’s home run likely would have left the ballpark completely. It was a truly jaw-dropping home run from one of the greatest performers in MLB history.

Generally speaking, stars shine in the MLB All-Star Game by hitting a massive home run (Jackson) or dominating on the mound (Hubbell). In 1979, Parker won the MVP thanks largely to not one, but two incredible throws from right field.

After misplaying a fly ball from Jim Rice, Parker recovered and zipped a one-hop seed to third base, nailing the Red Sox star. That throw likely prevented a run. Had Rice been safe at third, the American League would have had a runner at third with nobody out.

In the eighth inning, Parker made a throw that certainly prevented a run. With Brian Downing on second, Graig Nettles lined a single to relatively deep right field. Parker fielded the ball cleanly and threw a no-hopper to Gary Carter, who tagged Downing out.

Parker prevented one, maybe two runs with those throws. At the plate, the Cobra was 1-for-3 with a walk and an RBI. In a game that was ultimately decided by one run, he made a big impact.

Whether it was football or baseball, Bo Jackson was always memorable. The 1989 MLB All-Star Game was certainly not an exception.

Leading off for the American League, Jackson hit a home run that literally made former President Ronald Reagan (being interviewed by Vin Scully) stop his sentence.

After surrendering two runs in the top half of the first, Jackson’s bomb (conservatively estimated at 450 feet) got the American League on track.

Wade Boggs would homer immediately after to tie the game and the Junior Circuit would go on to win 5-3.

The 1999 MLB All-Star Game at Fenway Park was all about the Red Sox. The festivities were opened with an incredibly moving opening ceremony paying tribute to Ted Williams. The ceremony culminated with Williams throwing out the first pitch to another Boston legend, Carlton Fisk.

He opened the second with a strikeout of Mark McGwire. After Matt Williams reached on an error, Martinez struck out Jeff Bagwell. Ivan Rodriguez completed a strike him out, throw him out double play, gunning Williams out at second.

The 1999 game was also notable because no home runs were hit. As a matter of fact, Jeromy Burnitz and Luis Gonzalez each hit a double, producing game’s the only extra-base hits.

In the heart of the Steroid Era in the normally very hitter-friendly Fenway Park, the American League posted a rather normal 4-1 win.

The 2001 All-Star Game served as a nice farewell for Tony Gwynn and Cal Ripken, who were both retiring at season’s end.

The game started with American League shortstop Alex Rodriguez switching positions with Ripken. Rodriguez moved over to third and allowed Ripken to play the first inning at shortstop, the position he played for more of his career.

Rodriguez has had many negatives in his career/life, but that was a class act that he needs to be commended for.

Ripken led the third inning off with the game still scoreless. Chan Ho Park grooved a fastball on the first pitch, which Ripken promptly deposited into the bullpen.

In perhaps the easiest choice in All-Star Game history, Ripken would win the MVP. 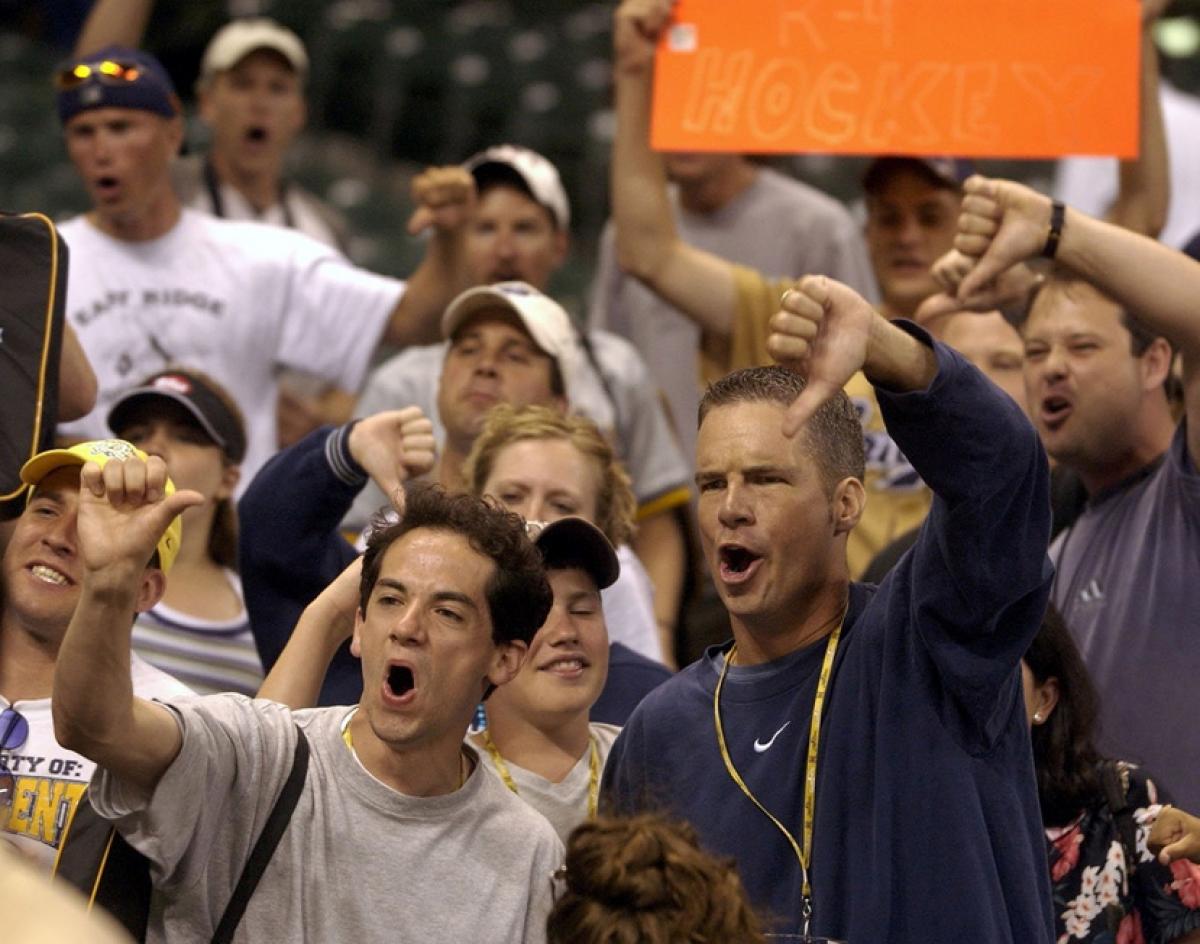 A case could be made that no MLB All-Star Game in history was as significant as the 2002 game.

The game went into extra innings tied 7-7. It remained that way into the 11th inning. Benito Santiago came to plate with a man on second base and two outs. Freddy Garcia got out of the jam, striking Santiago out. It unfortunately created a bit of a problem.

No winner had been decided through 11 innings. Garcia and Vicente Padilla were the final pitchers for their respective teams and each man had gone two innings. Rather than play on and risk injuring Garcia and Padilla, the decision was made to call the game a draw.

In a response to that, the All-Star Game began counting in 2003, giving the winning league home-field advantage in the World Series. That rule still stands.

The unfortunate part of the tie is that overshadowed what was a great game. The 2002 game was a back-and-forth affair. It included a home run from Barry Bonds, then the game’s biggest star. Bonds would have had two home runs were it not for a great play by Torii Hunter, leading to a fun exchange between the two.

While these games happened in separate years, they really can’t be separated from each other. The 2013 and 2014 seasons were not great in Yankees’ history. Still, the franchise owned both All-Star Games.

In 2013, the greatest reliever of all-time said goodbye to the All-Star Game. Mariano Rivera pitched a perfect eighth inning, winning the game’s MVP.

To date, Rivera is the last player not named Mike Trout to earn All-Star MVP honors. Also, in a break from tradition, that was the second straight All-Star Game shutout.

The following year, Derek Jeter took center stage, playing his final Midsummer Classic. The New York shortstop went out in style, going 2-for-2 with a double and a run scored.

The 2016 game will be the last for David Ortiz. Big Papi can certainly go out like Ripken, Rivera, and Jeter, but he will have his work cut out for him.