Tony Romo says wearing too much makeup made him miss practice

Dallas Cowboys quarterback Tony Romo missed practicing with his team because he had a sty on his left eye. Not a very manly injury to sport, Romo joked that he has had stys before and it was caused by him “wearing too much makeup” (via the Dallas Morning News).

Just to be clear, it was makeup Romo claims he wore doing a recent DirecTV commercial that aggravated his eye.

In the commercial spot, Romo plays the “real” and “arts and craftsy” versions of himself. The artsy version of Romo is grosser, balder and more bearded than the real Romo. Obviously it took a ton of makeup to transform Romo, who is a pretty handsome looking dude, into this unfortunate looking guy. 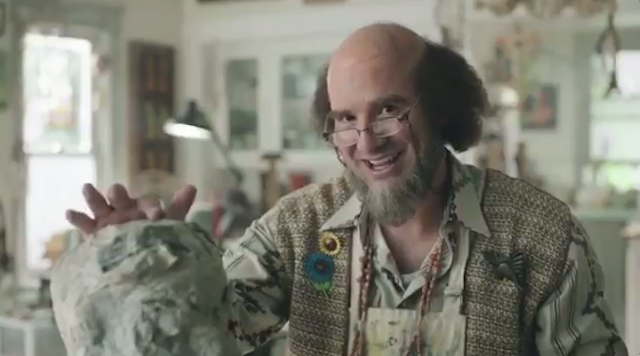 For those not familiar with a sty, it is a little lump (they can be painful) that is located on either the inside or outside of the eyelid.

Romo’s sty was treated by the team’s training staff who will determine when the quarterback can return for his first padded practice of the preseason.

At least Romo is manly enough to chalk up missing practice to something that he knows he is going to take tons of flak about. The quarterback could have just said his back, which has limited him in the past, was bugging him again.

Calling himself out, this is one of the only 12 tweets Romo has posted on his account since joining Twitter in April.

I wanna thank @DIRECTV for allowing me to show off my true self. 😉 embarrassing is an understatement pic.twitter.com/F0NniFESlL