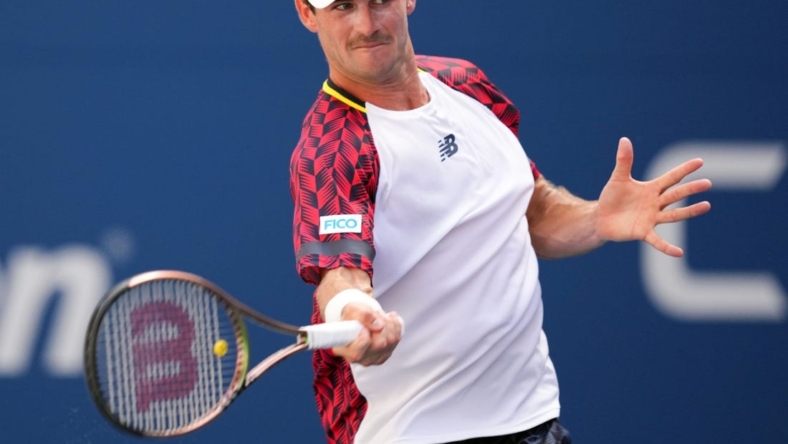 Seven years into his pro career, Tommy Paul pulled off arguably his biggest victory on Wednesday, downing second-seeded Rafael Nadal 3-6, 7-6 (4), 6-1 in the second round of the Rolex Paris Masters.

Paul, a 25-year-old North Carolina native, is ranked 31st in the world and has one career ATP Tour championship.

Nadal, a 36-year-old Spaniard, was denied the possibility of moving back to No. 1 in the world had he won the Paris championship and current No. 1 Carlos Alcaraz of Spain lost before the quarterfinals. Nadal has 92 career ATP Tour titles, including a record 22 major championships.

“It’s probably my best win,” Paul said. “I was obviously pumped for the matchup because it’s always interesting when you play one of the Big Three (Nadal, Novak Djokovic and Roger Federer). I’ve only played him the second time, but the first time I was so nervous.

“It was weird, this time I wasn’t really nervous. I was pretty relaxed going onto the court and the day before. I think that played a role. I came out playing pretty well. He got the first set, but I feel like I played pretty well from the jump.”

Nadal took the first set, then broke serve for a 2-1 lead in the second set, but Paul immediately broke back. Nadal saved a set point on his serve to pull level at 5-5 before Paul eventually claimed the tiebreaker.

Paul cruised through the third set to wrap up the match.

“I had a lot of fun out there,” Paul said. “It was probably the best I’ve played in the past three months. I know it’s been a slow Europe swing for me, so I’m pumped to get that W.”

The victory gives Paul a 4-4 all-time mark vs. players ranked among the top five in the world. His third-round opponent will be 14th-seeded Pablo Carreno Busta of Spain, who edged Canada’s Denis Shapovalov 7-6 (2), 2-6, 6-4.

In other Wednesday action, Alcaraz advanced to the third round with a 6-4, 6-4 win over Japan’s Yoshihito Nishioka, but fourth-seeded Daniil Medvedev of Russia fell 6-4, 2-6, 7-5 to Australia’s Alex de Minaur.