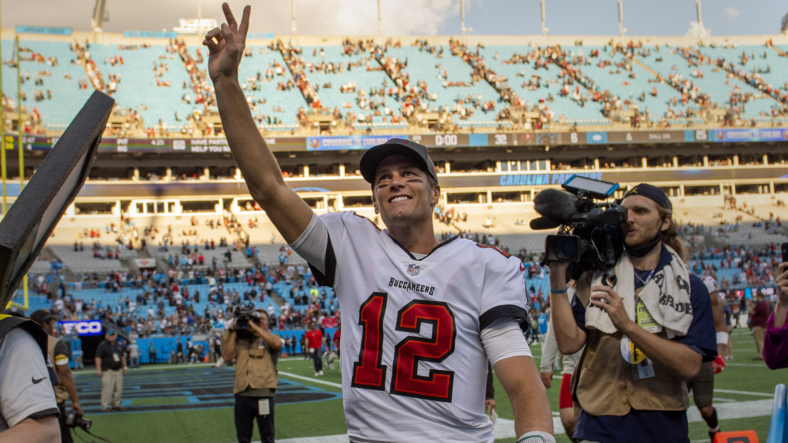 Tampa Bay Buccaneers quarterback Tom Brady came out of retirement after just a few weeks to make another run at a Lombardi Trophy. The next time the future Hall of Famer announces he is walking away from football is expected to be for good.

Brady announced his retirement in February, walking away from the NFL after 22 seasons. It forced Tampa Bay to begin evaluating replacement options at quarterback and many expected it to have significant ramifications on the entire league and the 2022 NFL season. A month later, Brady announced he was returning.

It will be the 45-year-old’s 23rd season in the NFL, an opportunity to win his eighth Super Bowl. However, returning to football seemingly came at a cost. An extended hiatus from the Buccaneers’ training camp led to speculation about marital issues and questions if the legendary quarterback was fully dedicated to the season ahead mentally.

Brady’s return came with additional drama. Reports surface that he was pursued by the Miami Dolphins, exploring an opportunity to receive an ownership stake in the franchise. It also would have left the door open to the possibility of Brady making a comeback in Miami. Instead, still under contract with Tampa Bay, the Dolphins received unprecedented penalties for tampering.

The 45-year-old quarterback is now following through on his desire to keep playing at that age. However, it appears the 2022 season will likely be the last time Brady suits up for any NFL team.

According to Ian Rapoport of NFL Network, Brady is widely expected to retire at the end of the upcoming season. After going through so much with his family during the summer, those close to the all-time great quarterback believe he will be finished with football for good after Tampa Bay’s season ends.

While plans could always change, the pieces for this to happen already seem to be in place. Brady signed a $375 million contract with FOX Sports, so he will have obligations as a broadcaster and ambassador to fill for the company.

Already holding a majority of the all-time passing records, Brady will only be adding to his legacy as the best quarterback in NFL history. Once his career finally draws to a close, his family will receive the additional time it has always wanted and the NFL will lose a player who forever changed the game.