Tampa Bay Buccaneers quarterback Tom Brady came out of retirement after only a few weeks to extend his legacy as the best quarterback in NFL history. While winning another Super Bowl is his priority, he can also add to his resume in other ways.

The success Brady has achieved in his NFL career will almost certainly never be replicated. A seven-time Super Bowl champion, five-time Super Bowl MVP and a 15-time Pro Bowl selection, he is the best player in NFL history.

What makes Brady’s tenure in the NFL more remarkable are his accomplishments across multiple decades. In his 40s alone, the former sixth-round pick has accomplished more than noteworthy signal-callers did in their entire NFL careers.

Now, as first mentioned by Pro Football Talk, Brady has the opportunity to check another record off his list. He can become the first player in NFL history to throw for 100,000 career passing yards.

The record specifically applies to totals combining both the regular season and NFL playoffs. When combining his regular-season mark (84,520) and his playoff totals (13,049), the future Hall of Fame is just 2,341 passing yards away from another milestone for his mantle.

As for when it happens, the best way to estimate is by looking at his average totals. Brady averaged 312.7 passing yards per game in 2021, a career-best, with a 289.6 pass ypg average a year prior.

Looking at Tampa Bay’s schedule, Brady matching his pace from last season would put him on track to eclipse the 100,000-yard milestone by Week 8 against the Baltimore Ravens on Thursday Night Football. 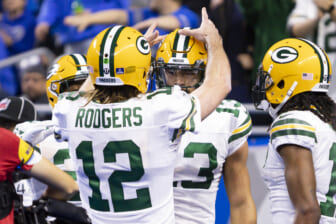 However, the retirement of Rob Gronkowski and the Chris Godwin injury could bring that pace down in 2022. Instead, a more reasonable target might be Week 9 against the Los Angeles Rams or Week 10 against the Seattle Seahawks. In either case, football fans will witness NFL history from Brady once again this year.