Tom Brady favorited to land with Titans, Raiders over Patriots? 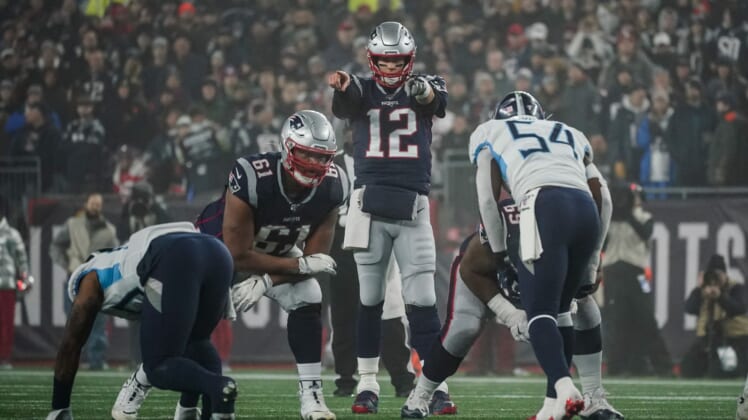 Tom Brady has spent the past two decades with the New England Patriots. As he nears entering free agency with no ongoing contract discussions with the Patriots, the future Hall of Famer is now potentially expected to land elsewhere.

In an interview with Adam Schefter, ESPN’s Jeff Darlington said that he sees the Tennessee Titans and Las Vegas Raiders as the two likeliest landing spots for Brady with New England right behind them.

“If you’re asking me to put odds on this, I say Titans and Raiders. Then I say Patriots,” Darlington said, via The Adam Schefter Podcast. “Then I put down the list, teams like the Chargers, the Dolphins and some of those other names. I would put the Patriots somewhere pretty close, behind though, the Titans and the Raiders.”

The Las Vegas Raiders’ interest in Brady has been talked about throughout the offseason. In fact, the Raiders are reportedly prepared to offer Brady a two-year, $60 million contract when he hits free agency. Likewise, the Los Angeles Chargers have been widely expected to make a push for his services.

It’s a surprise to hear the Tennessee Titans mentioned as a favorite to land Brady. Many expect the team to keep Ryan Tannehill this offseason. It would be an even more interesting fit because the Titans knocked Brady and the Patriots out of the playoffs, in a game where the future Hall of Famer threw for just 209 yards.

Interestingly, the possibility of the Titans signing Brady was brought up by offensive tackle Taylor Lewan. When he asked Derrick Henry about it, the Pro Bowl running back suggested that Tannehill is a better quarterback than Brady at this stage in their careers.

The pursuit of Brady will be one of the most fascinating offseason storylines in years. While it might have seemed impossible just a few months ago that he would leave the Patriots, it now looks like a real possibility.