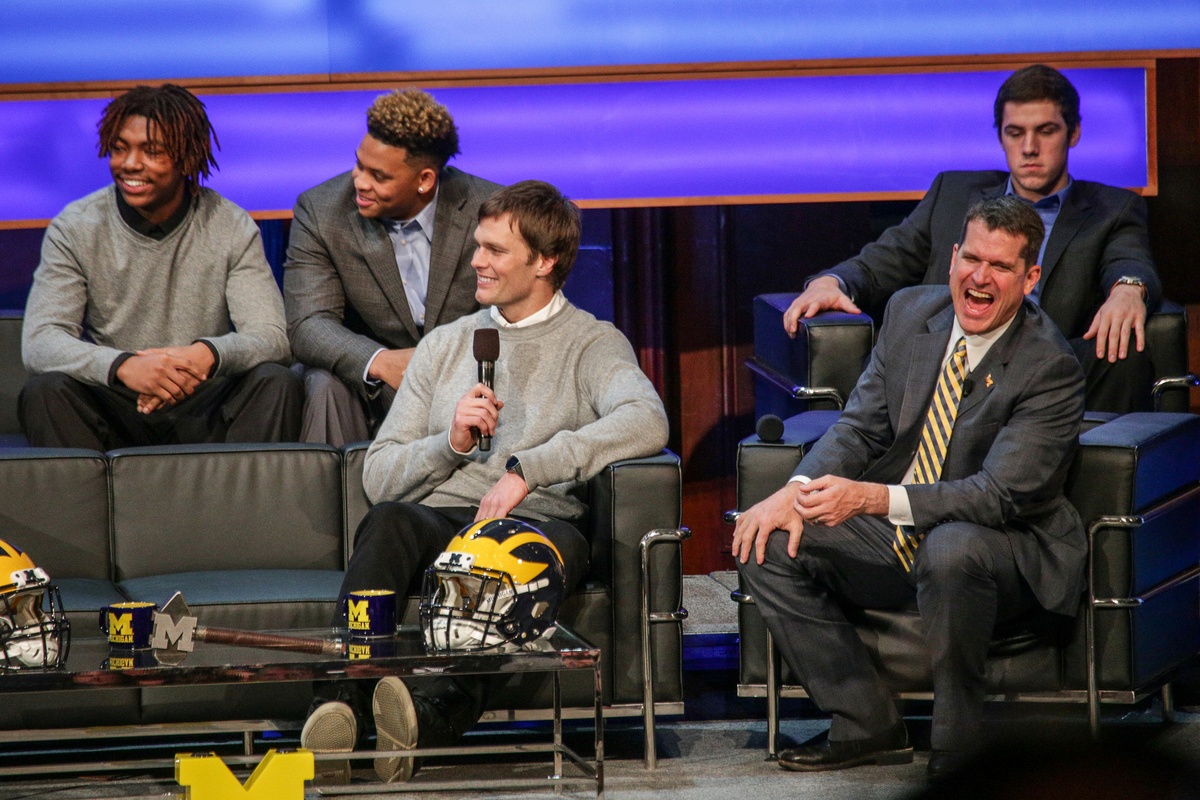 Tom Brady will be returning to Michigan and the Big House. In an interview with Rich Eisen, Michigan football coach Jim Harbaugh announced that Brady will be the honorary captain for its Week 3 game against Colorado.

That game, which falls on September 17, comes in the middle of Brady’s four-game suspension from the NFL and England Patriots.

Brady was at Michigan from 1995-1999. He was a member of the Wolverines’ National Championship team in 1997, but played sparingly behind starter Brian Griese. He became Michigan’s full-time starter the next year, a position he held over the next two years before getting drafted by New England.