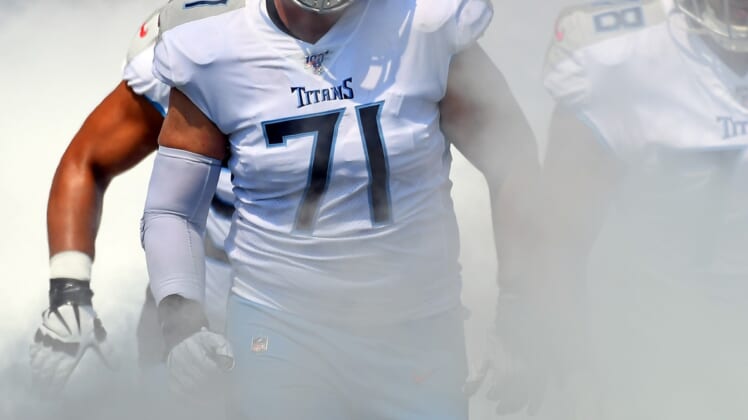 After watching the Tampa Bay Buccaneers provide a fat-man touchdown earlier in the day, the Tennessee Titans gave football fans an even greater big-guy touchdown with an amazing celebration

Tennessee made offensive tackle Dennis Kelly an eligible receiver from its first play at the goal line. When the pressure came through, Ryan Tannehill tossed it up to his 6-foot-8 tackle in the end zone for the touchdown.

Of course, that was just the beginning. Kelly broke out a special celebration, motioning himself giving beers to his teammates, then they all chugged them and slammed them into the ground.

The epic celebration comes a week after the Indianapolis Colts’ offensive line performed a keg stand celebration with offensive guard Quenton Nelson when they thought he scored a touchdown.

While touchdowns by offensive linemen are rare, the NFL deserves more hilarious celebrations like this. So, we’re challenging teams to find ways to let their big guys score, so that we can get more alcohol-themed celebrations.