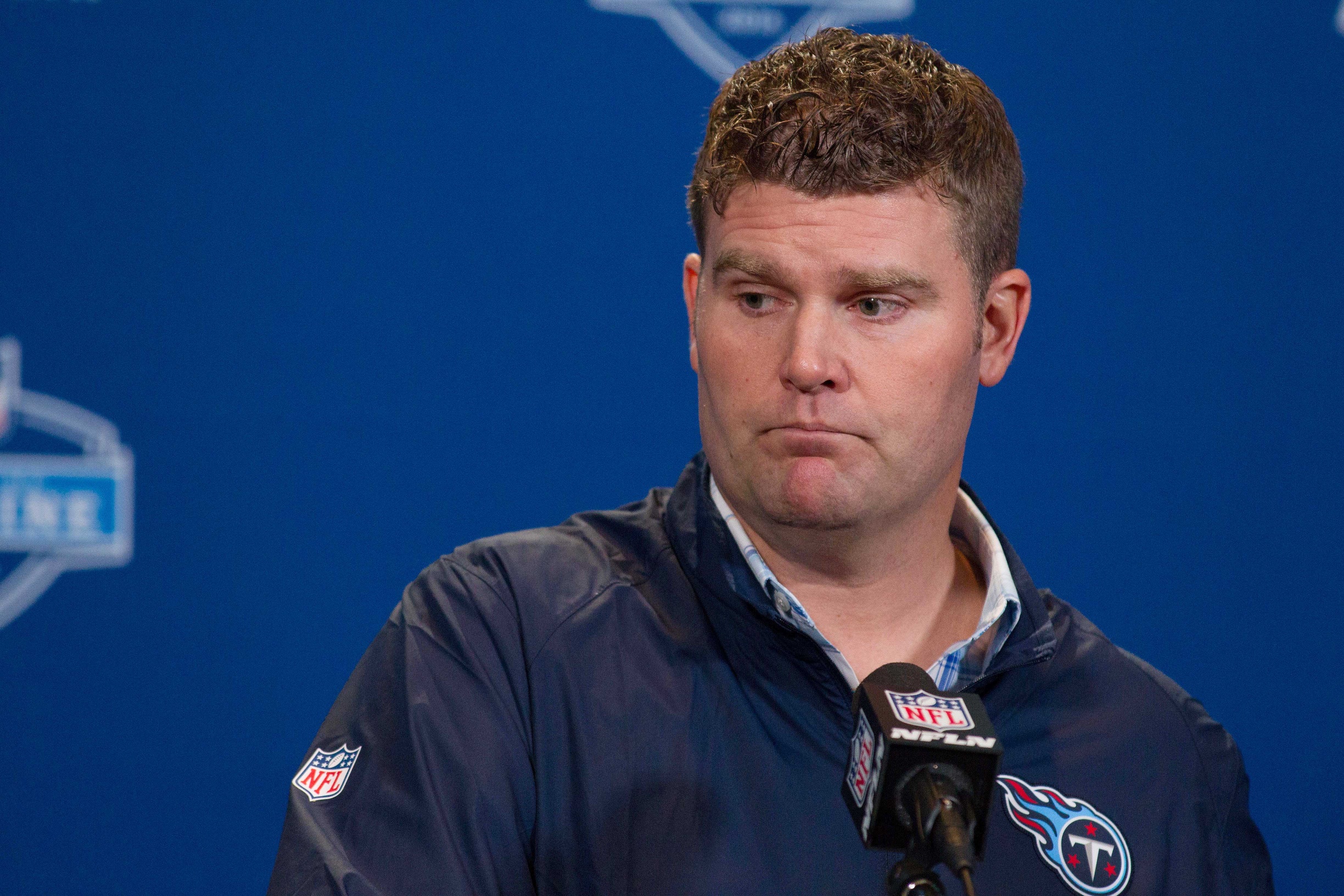 They may have waited until Kobe Bryant had his day in the spotlight, but the Los Angeles Rams made some rather huge news on Thursday morning by acquiring the first overall pick in this month’s draft from the Tennessee Titans.

It’s one of those trades that can define both franchises over the long term. One team could set up a long string of success on the back of a single elite player. Meanwhile, the other team could potentially add multiple key cogs in the process of returning to relevance.

Here are the details of the trade:

Basically, Tennessee picked up two second-round picks, two third-round picks and a future first-round pick by moving down 14 slots in the first round.

It did so in a draft that lacks that elite player at positions the Titans were going to look at with the first pick.

After all, Mississippi offensive tackle Laremy Tunsil was directly linked to the team in the weeks leading up to this trade.

After exhausting the 11th overall pick in the 2014 NFL draft on Taylor Lewan, it made little sense for the Titans to double down on offensive tackle here.

Instead, a team that’s won a grand total of five games over the past two seasons will be able to fill multiple holes throughout the roster. Whether Tennessee takes advantage of this and drafts well is another question.

What we do know is that the Titans now have six of the first 76 picks in the draft, including four in the first two rounds.

In a draft where there are maybe 10 elite-level prospects, Tennessee likely isn’t looking at being able to add Pro Bowler performers with these picks.

Instead, it’s all about filling out the lineups on both sides of the ball with more-talented players than those currently on the roster.

When you win five games in two seasons, a Pro Bowl caliber left tackle isn’t necessarily going to bring you to the brink of the playoffs. The issues were much more widespread than that last season.

The primary focus here will be on the defensive side of the ball, an area of the draft that is especially strong.

While the Titans did yield the sixth-most points in the NFL last season, this unit performed at a much higher clip than the previous year. It finished in the top-12 in total defense and seventh against the pass.

Adding starter-caliber players at key positions in the draft will go a long way in helping Tennessee become a more well-rounded team.

We then have that first-round pick in the 2017 draft that Tennessee acquired here. Based on the Rams’ lack of talent and the presence of both the Arizona Cardinals and Seattle Seahawks in the NFC West, it’s safe to assume this pick will be in the first half of the round.

Now add in the fact that Los Angeles may very well be starting a rookie quarterback, and this is magnified even further.

No one is expecting the bounty Tennessee acquired in this deal to make it a playoff team in 2016. Instead, it’s all about building for the future with a franchise quarterback in Marcus Mariota under center.

With two potential top-20 picks in the 2017 NFL draft (maybe even top-10 picks), the Titans are clearly on the path to do just that.

From a Rams’ perspective, this trade makes very little sense.

If there was an Andrew Luck or Cam Newton available in the draft, then Los Angeles would have been justified in giving up the farm to move up to No. 1 overall. And while I am a huge fan of Jared Goff, he’s not of Luck or Newton’s caliber.

So, as @Bachelors_III wryly points out, the NFL in LA goes to Carson after all. Rams are targeting Carson Wentz.

Yet another report has them looking at Jared Goff.

If Wentz is the guy, when can the Rams expect him to be ready to actually make an impact on the field? A small-school product, the level of talent he went up against in college has to be considered a red flag, at least when it comes to early in his career.

Can the Rams realistically justify giving up the farm for a quarterback that’s going to sit his rookie season? Can they do so with Case Keenum under center? That would be a mighty hard sell to fans in Los Angeles.

Goff is the safer pick. He’s more pro-ready than Wentz and wouldn’t necessarily face the same struggles as his small-school counterpart. Even then, we are still talking about a rookie quarterback suiting up for an offense that lacks any legitimate receiving threat.

Doing so having to go to Arizona and Seattle throughout the year.

It’s understandable that the Rams would want to make a splash in their first offseason back in Los Angeles. Maybe something to get the fans excited about.

The larger issue here is that the team might be forced to throw a rookie quarterback out there in a division with two elite-level defenses and without a proven wide receiver to actually throw the ball to.

This has been a recipe for disaster in the past. Heck, how did that work out for Sam Bradford during the early part of his Rams career?

Under this scenario, there’s a strong likelihood that the Rams will end up finishing in last place in the NFC West. That’s not necessarily a horrible thing for a rebuilding team with a newly minted starting quarterback.

This is until we realize the Rams don’t hold possession of what would then be a very high first-round pick.

The questions are real here for Los Angeles.

If it does indeed go quarterback with the first pick, pretty much a foregone conclusion, the question then becomes whether said quarterback is going to pan out.

If not, then you have risked the long-term viability of the roster with a move that appeared to be made with your head in the sand.

For general manager Les Snead and head coach Jeff Fisher, this is the one trade that will define their tenures in Los Angeles.

If this trade backfires, these two will be out of a job quicker than Johnny Manziel leaving the scene of a hit-and-run.

It’s a chance you take. But is an unproven quarterback really worth that gamble?