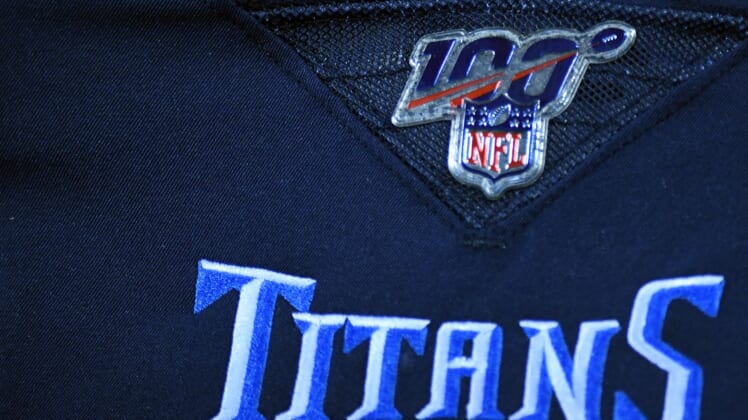 An outbreak, which started on Sept. 24, already led to the postponement of Tennessee’s Week 4 game against the Pittsburgh Steelers. With the spread of the virus worsening, the Titans could now be in jeopardy of being sidelined for the second consecutive week and there might be far greater consequences this time around.

According to ESPN’s Adam Schefter, another Titans’ player has tested positive for the coronavirus. Now, two days after the team was on the verge of returning to practice, the team has learned of three new cases on its roster.

All of this began on Sept. 4, when a practice-squad tight end tested positive for the coronavirus. Reports have indicated that linebackers coach Shane Bowen, who tested positive before a Week 3 game against Minnesota Vikings, may have failed to report contact with a person who had COVID-19.

Following the outbreak this past week, the Titans were not allowed to practice or have in-person contact. However, multiple players reportedly broke the rules and held a private workout. The NFL is also investigating whether or not players wore masks inside the facility, which is a requirement under the NFL’s protocols.

Since the outbreak began, the Titans have reported 23 total coronavirus cases among their team personnel and players. In the past week, 12 players and nine staffers have been diagnosed with COVID-19. The team’s facility remains closed indefinitely.

As the organization potentially faces seismic penalties, depending on the conclusions from the NFL’s investigation, the team’s Week 5 game against the Bills is very much in doubt.

When will the Titans play against the Bills?

When the week began, the NFL was hopeful that things would return to a sense of normalcy. It was expected that the positive tests would cease, with a tapering off period. While there were no new cases reported on Monday and Tuesday, that changed with three positive tests in the past 48 hours.

For the Titans to even practice, they need consecutive days without any new cases of the virus. Given Thursday’s results, Tennessee will now go consecutive weeks without practicing. As a result, Sunday’s game against the Bills is extremely unlikely to be played.

According to NFL.com’s Judy Battista, the NFL hasn’t discussed the possibility of forcing the Titans to forfeit Week 5. However, the circumstances surrounding the outbreak could cause a change, with a forfeit potentially serving as one form of discipline for the team violating COVID-19 protocols.

ESPN’s Dianna Russini reports that players from both teams were informed moving the game to Monday or Tuesday is a possibility. However, the Bills are scheduled to play the Kansas City Chiefs on Thursday Night Football in Week 6. If the NFL chose to move the Bills-Titans game, it would then reschedule the Bills-Chiefs game to Saturday, Oct. 17.

The situation is ongoing, with a variety of options still being weighed by league officials. The NFL could consider creating a Week 18, pushing the NFL Playoffs back a week. However, moving Sunday’s Week 5 game to Monday or Tuesday would create an additional window for the Titans to potentially have consecutive days without a new COVID-19 case.

For the time being, it seems unlikely that the Bills and Titans will play in Week 5. The best-case scenario for the NFL might be this game being the only one postponed.