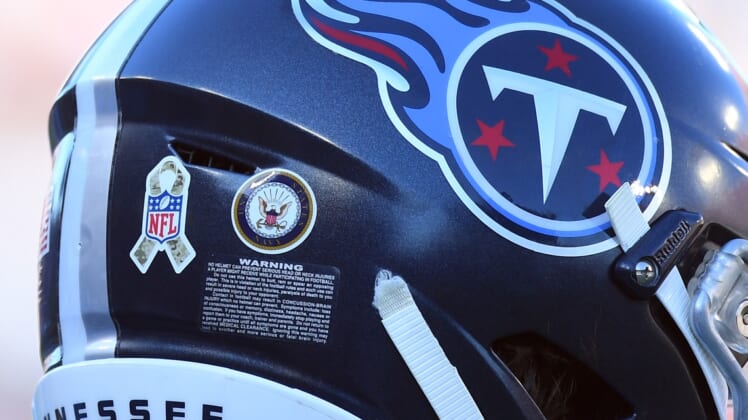 The Tennessee Titans’ COVID-19 outbreak already forced the postponement of one NFL game, with a Week 5 matchup against the Buffalo Bills also in jeopardy. Fortunately for the entire league, the Titans received good news for the first time in a week.

The Titans had at least one player or team personnel test positive for the coronavirus over the past week, including on Sunday. With the team’s facility still closed and a matchup against the Bills looming, more positive tests would have meant another potential postponement.

According to ESPN’s Adam Schefter, the Titans had no positive tests for COVID-19 when they received their results on Monday morning. The test, conducted on Sunday, is the first time the team hasn’t discovered a new case of the coronavirus since the outbreak began.

In total, the Titans had 18 positive tests over the past six days. The outbreak started on Sept. 4, when a practice-squad tight end tested positive for the virus. While he was quarantined, linebackers coach Shane Bowen’s test results determined on Sept. 26 that he also contracted the virus.

After playing against the Minnesota Vikings in Week 3, traveling on the team flight to and from the game, that’s when COVID-19 spread. From Tuesday-Sunday, the Titans kept having to add more players to the reserve/COVID-19 list. Ten players are already on the list, with fullback Khari Blasingame expected to join them on Monday, per NFL.com.

Monday’s results are the first good news the team has received in a week. It’s also the first step towards a potential return to the practice field. For the Titans to resume practicing, as early as Wednesday, they need all of their test results to come back negative on Tuesday morning.

Once that happens, they will receive clearance to welcome back all players and coaches who continue to test negative. From there, the team will continue to follow the league-wide daily testing protocols, along with the enhanced rules created after the outbreak.

NFL Week 5: Schedule and picks for every game

If everyone continues to test negative, the team should eventually receive approval to play in Week 5 against the Bills. It’s an outcome everyone strongly prefers, given the Titans have now already had their bye week after missing Week 4. In the event another game is suspended, the NFL may need to push the playoffs back one week and create a Week 18 to play any games postponed by COVID-19 outbreaks.

Related: NFL considering a bubble for rest of season