Josh Richardson is going from a prominent role player to someone who's limiting the Dallas Mavericks' ceiling. Find out why he should be benched. 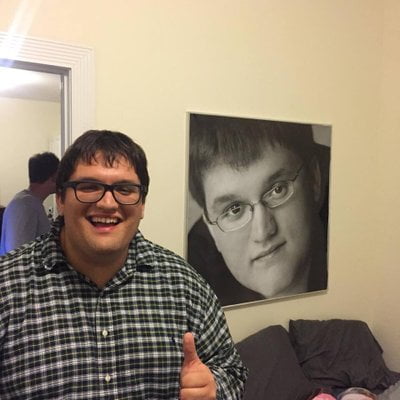 The Dallas Mavericks defeated the Golden State Warriors last night, 133-103, in a game where the Mavs led by 43 points. The dominant win came without Kristaps Porzingis and Josh Richardson, missing their third straight games.

Porzingis will always have a major role in Dallas, but Richardson’s first season as a Mav has been a disappointment. With the playoffs approaching, it’s time for head coach Rick Carlisle to bench Josh Richardson.

Josh Richardson’s 3-point shooting is at a personal worst

Richardson has never been a phenomenal shooter. His career 3-point percentage is 36%, and after a promising rookie season where he shot 46%, he hasn’t fared better on a larger sample size. However, Dallas expected the combo guard to hit more shots in their trey-centric offense. With the season nearly over, the shots have not been falling for Richardson.

He’s shooting just 31.6% from three, a career low, while also generating less wide-open looks than expected. Richardson’s shooting deficiencies result in spacing issues for the rest of the offense. When Richardson and Dorian Finney-Smith play at the same time, defenses can afford to sag off them, paying more attention to Luka Doncic and Porzingis.

If Richardson could make open threes enough for defenses to guard him, the Mavericks offense could reach another level of offensive efficiency. When Richardson misses shots, he’s a liability and actively makes the team worse.

Josh Richardson is a mediocre playmaker

When they traded for Richardson, Dallas knew they were losing an excellent shooter in Seth Curry. The Mavs thought the loss of shooting could be replaced by Richardson’s playmaking skills. Adding a second playmaker next to Doncic would create a more versatile offense. This would allow Doncic, the highest usage player in the NBA, to carry less of the offensive burden. In Richardson, the Mavericks thought they found the perfect player for that role. That hasn’t been the case.

Richardson’s assist numbers are around his 2.9 career average, but this is easily the biggest offensive role the shooting guard has had in his career. Playing with Ben Simmons, Joel Embiid, and Tobias Harris, Richardson was only on the floor for his defense. In Dallas, the Oklahoma native has been asked to handle the ball more, but has generated less assists.

The Mavericks offense is stagnant without Doncic. They desperately need another ball handler this offseason. In the meantime, Jalen Brunson is a much better option than Richardson.

After finishing 18th in defensive rating last season, Dallas made improving their defense a priority. The biggest move they made was acquiring Richardson, known primarily for his defensive prowess. With 11 games left in the season, the Mavericks are actually worse defensively, currently 19th in defensive rating.

Richardson was brought in to guard the opposite team’s best backcourt player. Instead, Finney-Smith has taken those assignments, with Maxi Kleber guarding the best wing. Richardson is left to guard whoever is remaining. This would be disappointing if the team was better defensively, but it’s more frustrating when the team’s worse defensively.

The combination of poor offense and defense means Richardson doesn’t close games very often, with Brunson or Tim Hardaway, Jr. coming in for the final minutes. The defensive unit is still a mess, but Richardson’s absence is not missed.

While the Mavericks struggle to find a third star next to Doncic and Porzingis, they have a plethora of players who can fill Richardson’s role. Brunson would be a favorite choice of many. The former Villanova star has at times been Dallas’ second-best player, providing instant offense from the bench. However, Brunson is weak defensively and isn’t the best fit with Doncic in the backcourt.

Hardaway Jr. has been stellar off the bench, averaging 16.4 points this season. He’s been so good that Carlisle may want to keep him there. He started the two of the three games Richardson missed this week, but struggled to find his shot.

The Mavericks should instead look to start JJ Redick. The sharpshooter has found his stroke in Dallas, shooting 55% since his mid-season trade from the New Orleans Pelicans. While he doesn’t offer much on defense, it’s hard to imagine the Mavericks being much worse. Redick’s ability to drain open threes is much more important than any defensive gain had by playing Richardson.

Josh Richardson can still contribute this season, but he’ll need to accept a diminished role. If the Mavericks are able to fix their starting lineup, they’ll have a chance to go far this post season.