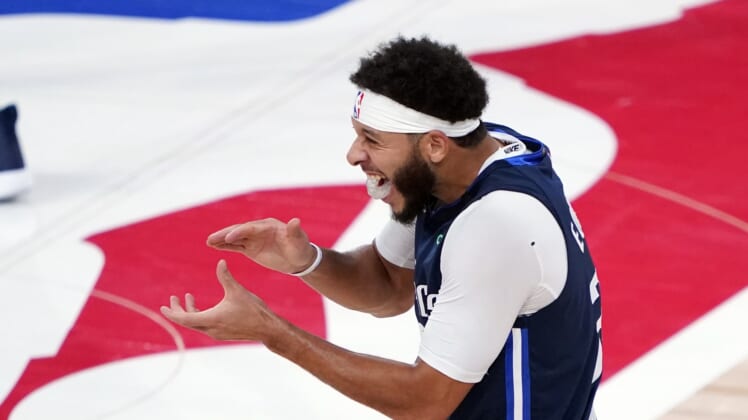 New Philadelphia 76ers front office head Daryl Morey has been a busy beaver on Wednesday. That now includes the Dallas Mavericks trade of Seth Curry to the Sixers for Josh Richardson.

ESPN’s Adrian Wojnarowski broke down the deal in detail, indicating that the 36th overall pick is also heading to Dallas in the trade.

This is a trade that seemingly came out of left field. It also comes mere hours after Philadelphia ridded itself of Al Horford’s bloated contract while acquiring another sharpshooting wing in that of Danny Green. Ultimately, Green replaced Richardson in that role.

The idea has been for Philadelphia to acquire more perimeter shooting. It did that with the lesser-known of the Curry brothers. Seth, 30, averaged 12.4 points on a resounding 45% shooting from three-point range last season. All said, Curry is a career 44% three-point shooter.

The Dallas Mavericks trade of Seth Curry enabled the team to bring in a three-and-D wing in that of Richardson. Originally acquired by Philadelphia in the Jimmy Butler sign-and-trade ahead of the 2019-20 season, the 27-year-old forward averaged 13.7 points, 3.2 rebounds and 2.9 assists in his only season with the Sixers.

Those numbers were down from his previous season with the Miami Heat, a season that saw Richardson average nearly 17 points on 36% shooting from distance. With that said, he’ll be a major upgrade from a defensive standpoint. That’s especially true with Luka Doncic struggling defensively.

It’s also important to note that the Mavericks might have found Curry’s replacement with guard Tyrell Terry at the top of the second round. The Stanford product was viewed as a top-25 pick heading into the draft.